Shorts And A T-Shirt 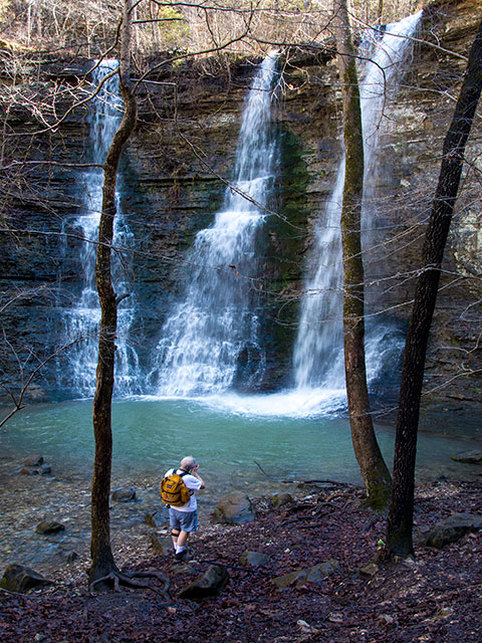 The Twin Falls At Camp Orr

Wow! The two weeks before Christmas were simply spectacular as far as the weather. Highs were in the mid 60's and several days poking into the 70's. It was sure a treat when my friend called and asked if I wanted to go for a hike. Since neither of us was at 100% we decided to try and take advantage of the rain which had just passed through. We decided on a trip down to Kyle's Landing on the Buffalo River with a stop to view the Twin Falls at Camp Orr. I tossed on some shorts and a T-shirt, slapped on the knee brace, grabbed my walking stick, backpack and camera and waited for my ride. 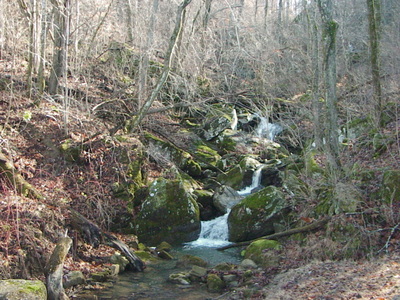 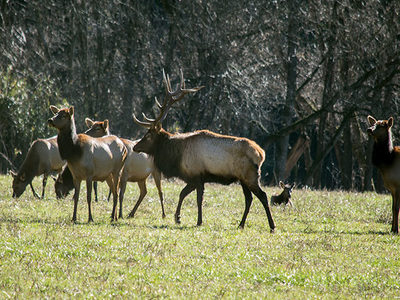 Elk Herd After The Rut
On the way we stopped at Ponca and David got a great shot of the elk. We then went over on Hwy 74 to the Kyle's Access road and turned down towards the river. This road is very steep and can get a bit dicey if it gets a bit iced over. Our first stop was at Camp Orr. 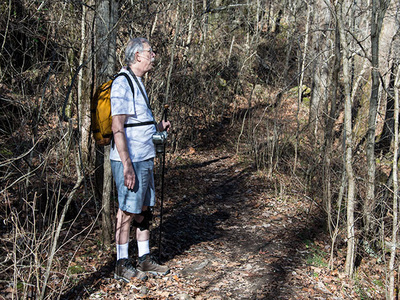 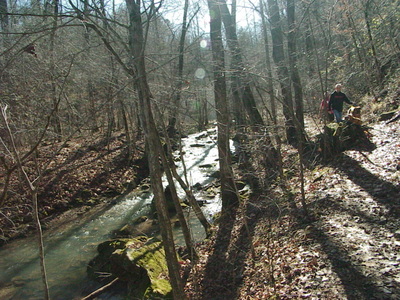 Hikers With Dog Returning Down The Path
We knew we were in for a treat when we saw some of the small runoffs with plenty of water in them. We parked at the designated area and started down the trail. We met a couple guys with their wonderfully gentle German Shepard (if I remember correctly his name was Bill) returning from the falls. They said it was magnificent. 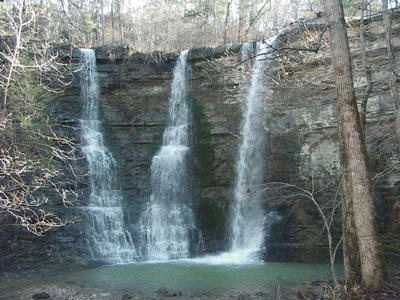 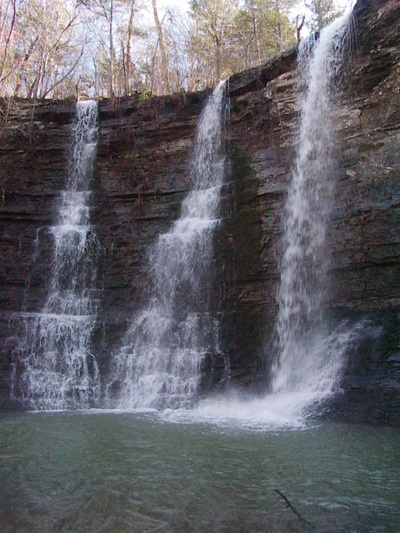 Close Up
Once we got to the falls we were both awe struck. There were three falls. I guess we had enough rain to really get things moving! One thing I noticed is that once you got close, the air temperature was decidedly colder. We spent some time here, picked up a plastic bottle someone left, and then walked back to the truck and continued our drive down the access road to Kyle's. 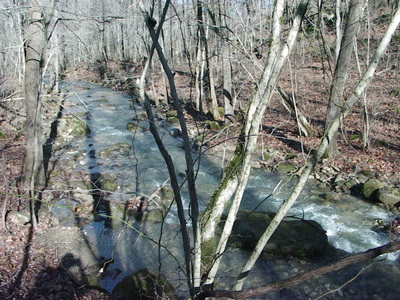 Water Heading To The Buffalo River 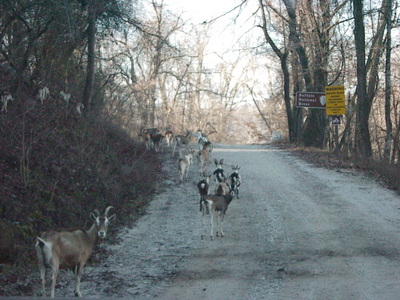 Stay Baaaaaack Mister
While driving down the road we ran across some goats running wild and heading out to feed in the sunshine. Also there are private residences along this road and one of them had an interesting concrete sculpture at the head of the driveway. 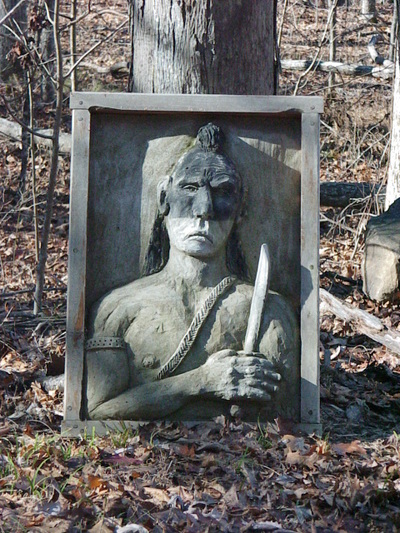 Should We Turn Down This Driveway? 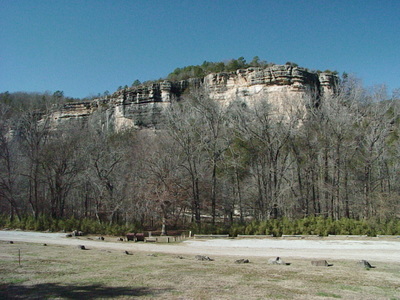 Magnificent Bluffs At Kyle's Landing
Once we got to the bottom we had a chance to marvel at the bluffs at Kyles. This is a popular camping spot for those who are floating the river for a weekend or more. Putting in at Steel Creek or Ponca and floating to Kyles, camping there and then heading to Ozark or Pruitt to take out. I think the best camp site was right down by the river. 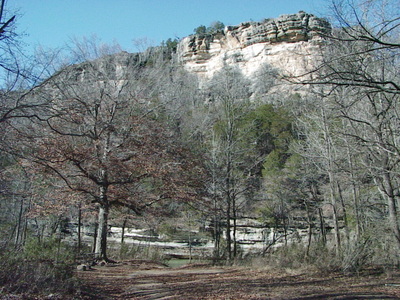 The Best Campsite Is Under The Tree On The Left 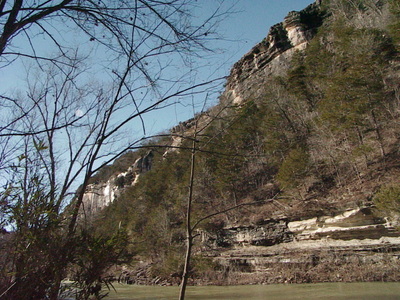 It Is Difficult To Capture The Entire Bluff Line
This hike was done on December 15, 2015 and the temperature was 70F. We had a great day, and just to put the icing on the cake we stopped at the Ozark Cafe in Jasper and I bought us lunch. The restaurant has been a local landmark for 100 years.