A Tribute To My Friend David 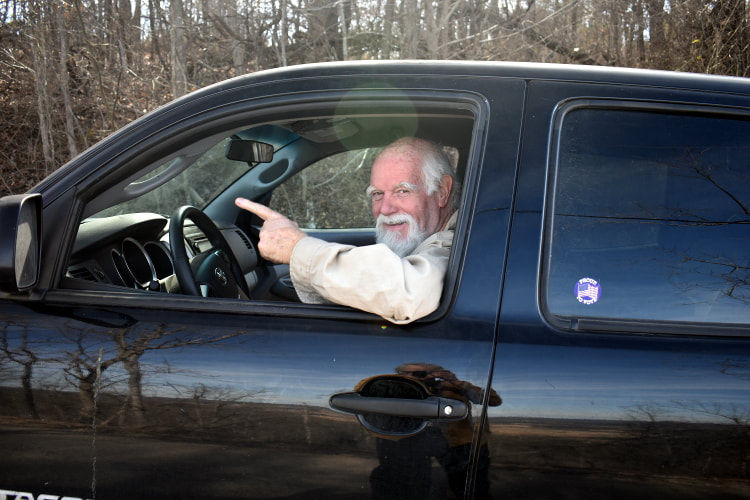 The Fun Is Thataway

My long time friend and hiking partner David Farmer passed away in mid December 2018. I miss him terribly and I know his family and friends do also. I first met David in 1988 and over the next 30 years we had a wonderful friendship and also took many hikes and road trips together, especially the last 4 years. I wanted to share some of these moments with others. I hope you enjoy them and much as I enjoyed David. 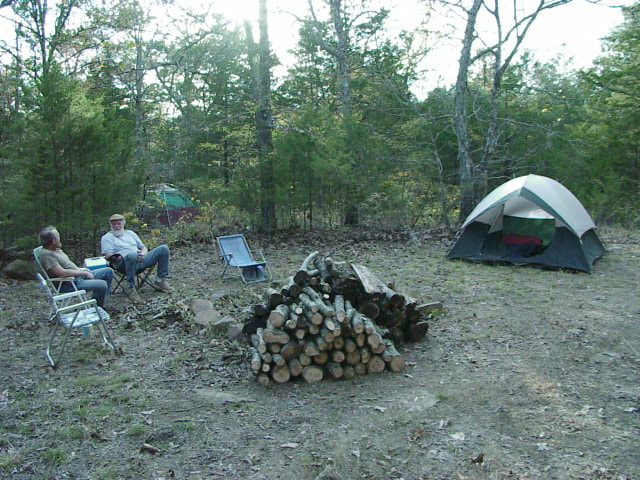 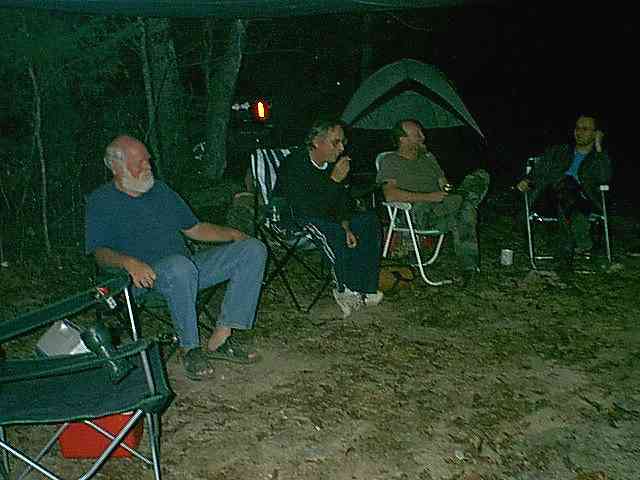 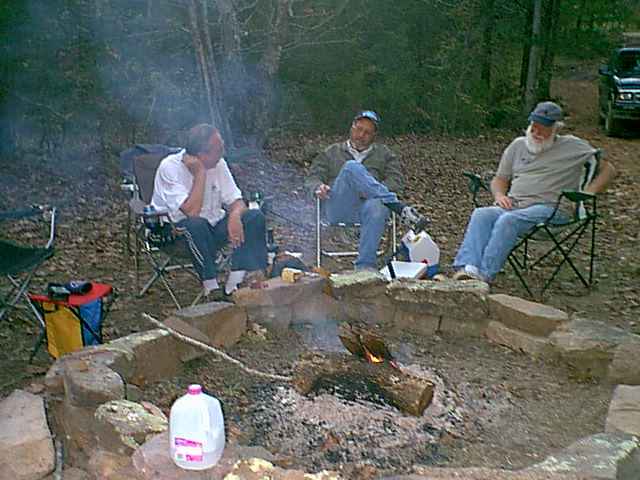 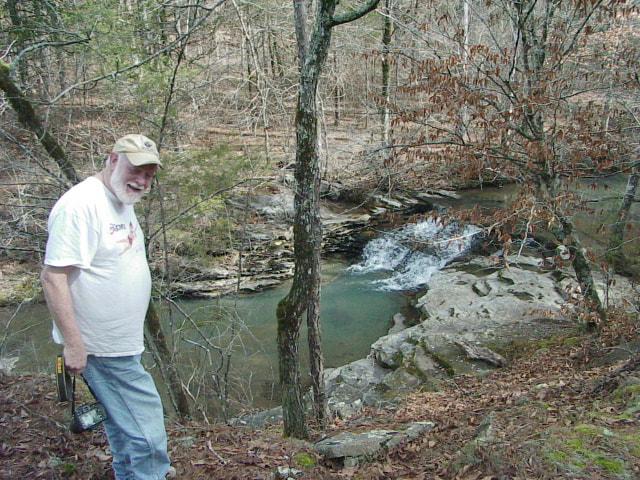 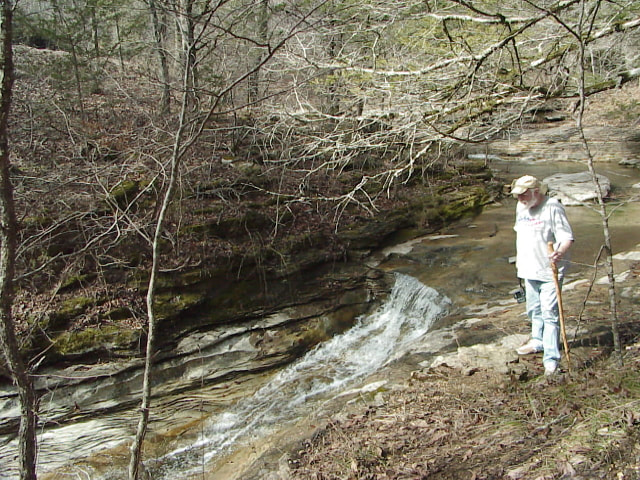 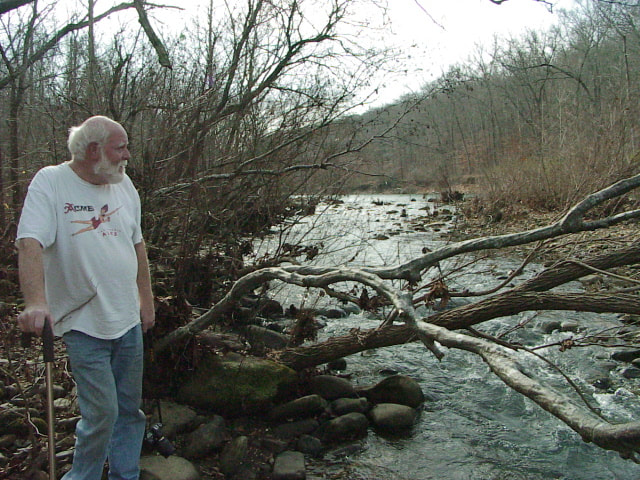 2015 - Buffalo River Above Boxley
In the early 1990's we were all married. All the wives were friends and so were the husbands, so we used to meet on weekends at the river for swimming and recreation. The hay field and Cove Creek were our two favorite spots. Floating watermelons, watching the kids jump off bluffs (safely, we did check first), spending the day outdoors. It was all good fun. Before the park banned us, Sundays at Steel Creek playing volleyball was also often on the schedule. It was a wonderful way to wear out the kids and get them outdoors. 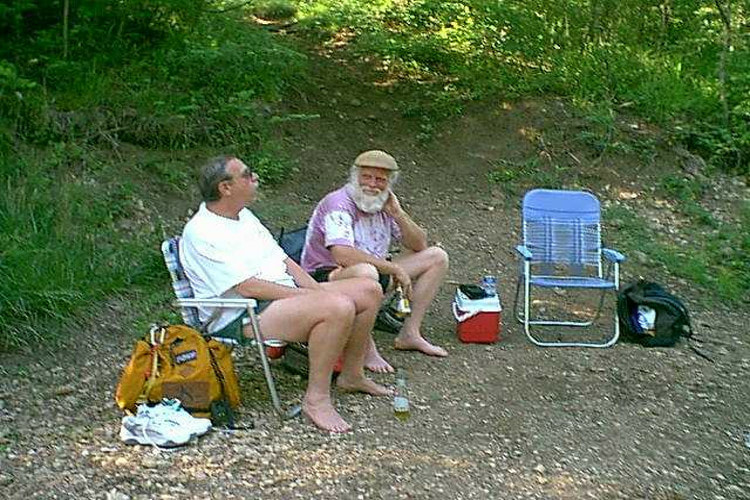 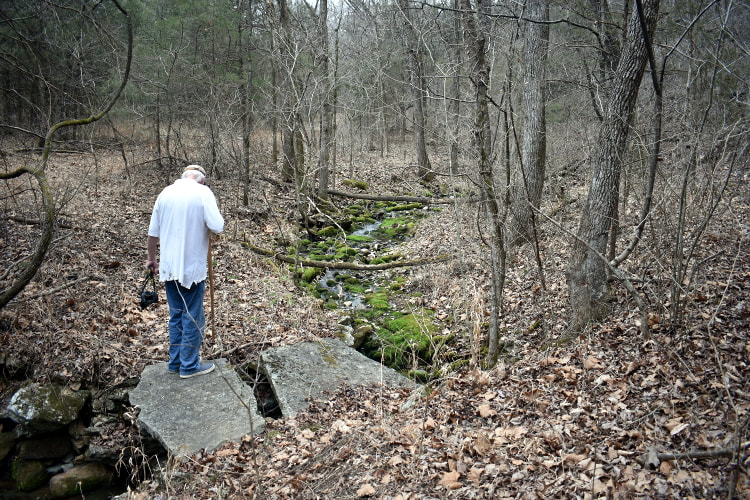 2018 - Searching For The Rainey Homestead 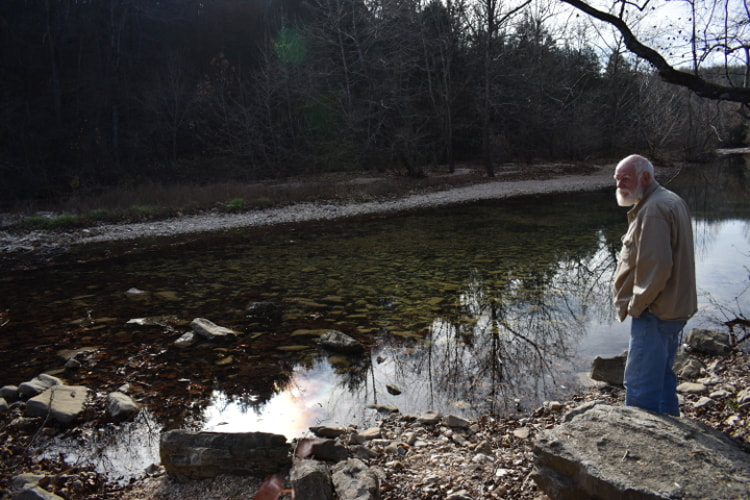 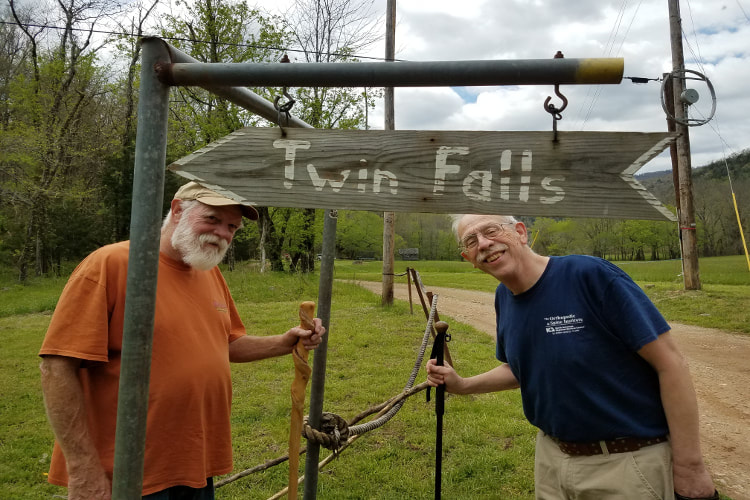 2018 - On The Way To Twin Falls
David moved back to California to help his mom. We stayed in touch via emails and a few phone calls. Our lives had parted for a while but were destined to join up again.  David's mom passed and he moved back to the Ozarks in 2014-2015. He bought a house in the small town of Everton which was about 20 miles southeast of Harrison. We began hiking together again and taking road trips. It was great fun. 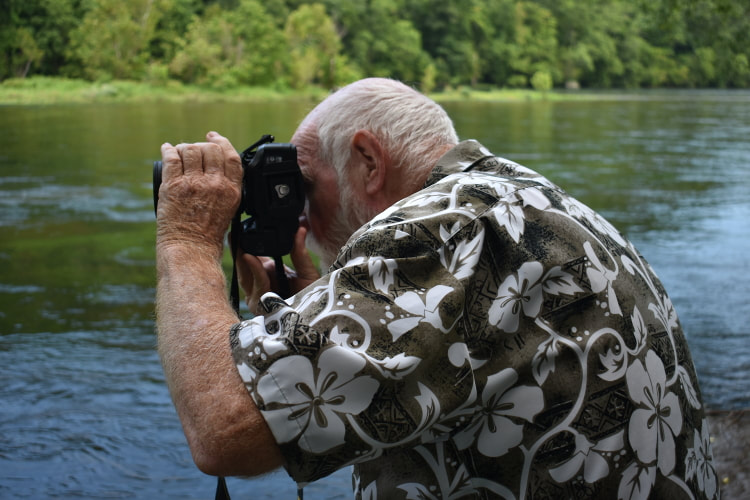 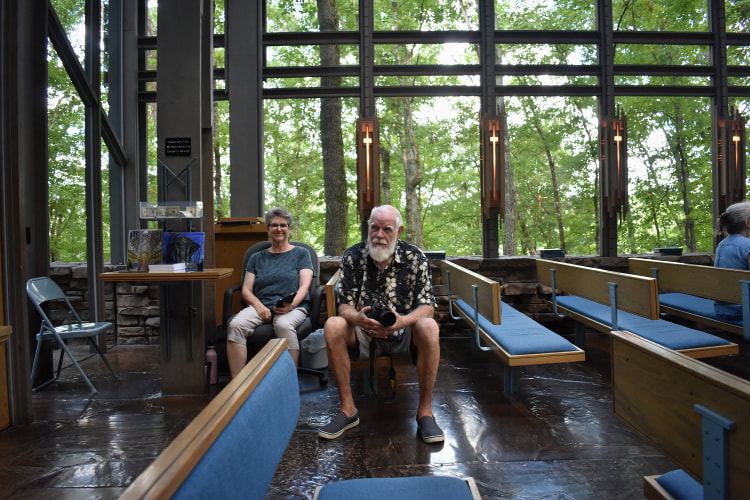 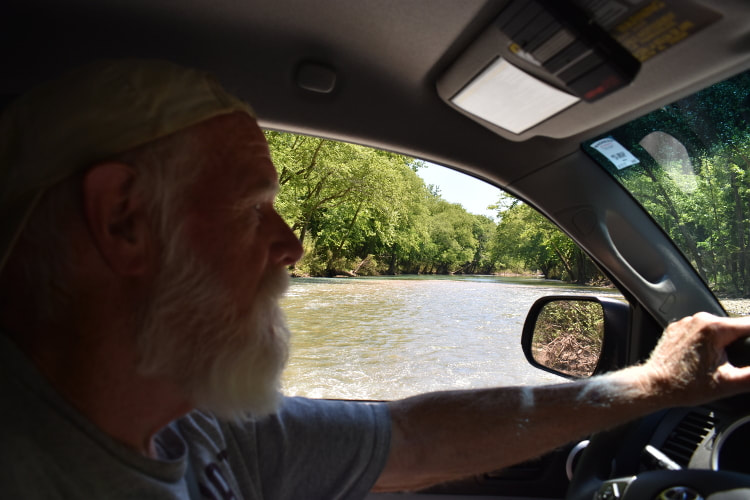 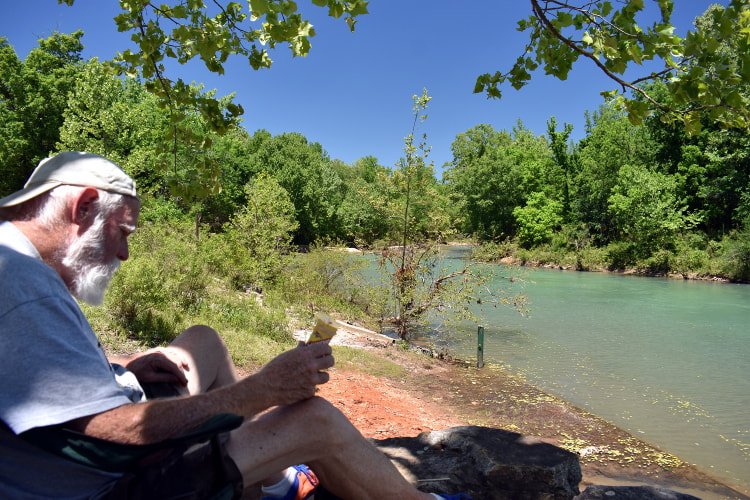 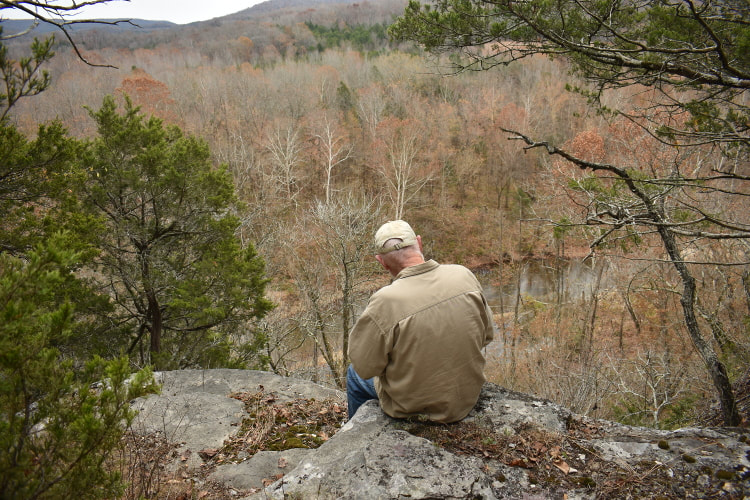 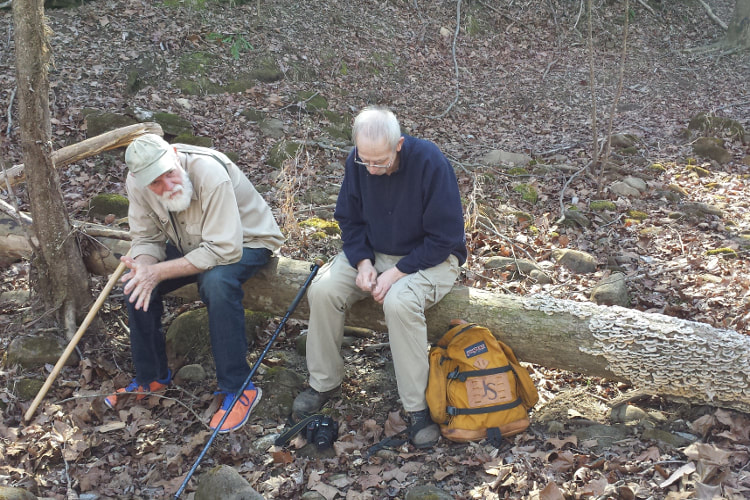 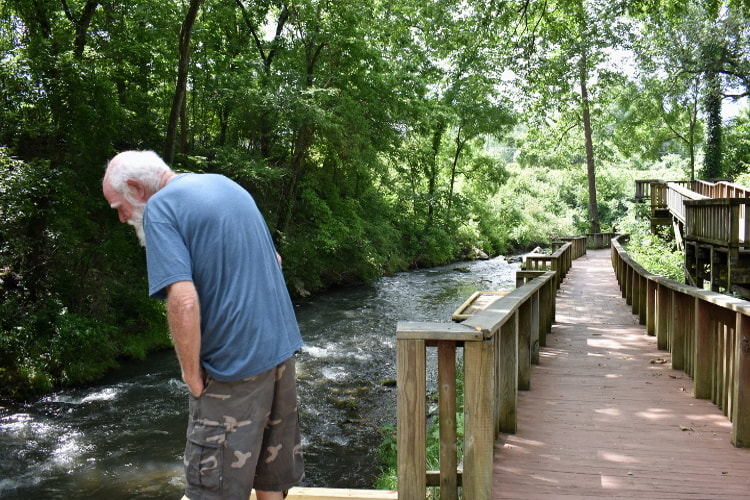 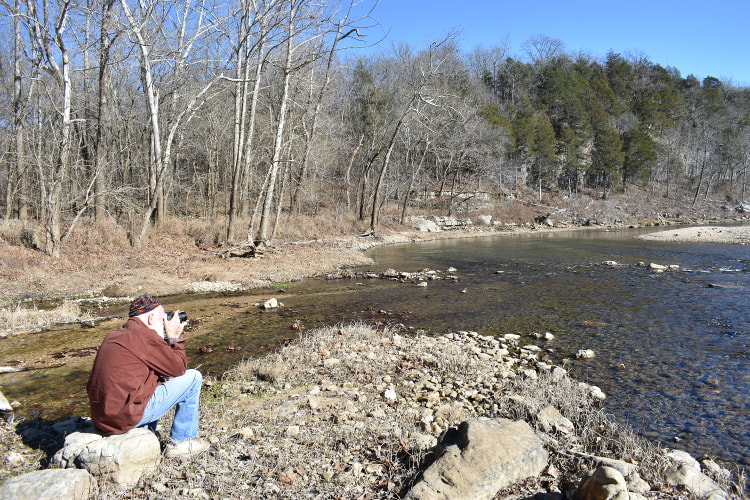 2016 - Mill Branch Empties Into The Buffalo 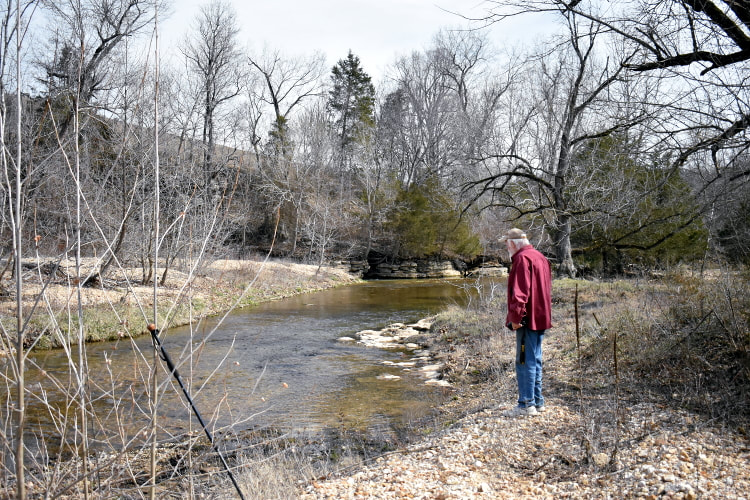 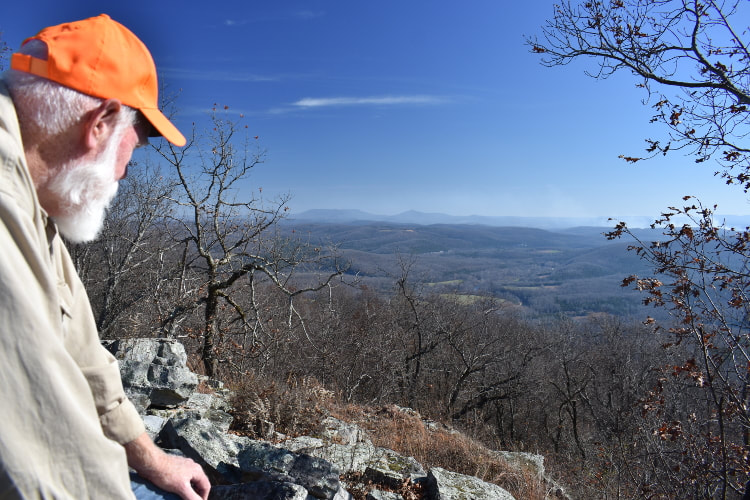 2017 - Top Of The World At McFerrin Point
We were planning two trips, one in the fall of 2018 to White Rock and another in the winter to Blanchard Springs. Sadly in early 2018 David began to slow down a bit. By summer our trips were shorter excursions or walks with plenty of rest breaks along the way. Fall still found us out and about and David was as cheerful as ever. In December he passed.

There will be a big hole in my life. I won't be getting out in the woods as much, and my website will not get updated as often as it did. No one will be knocking at my door wanting to go exploring or just checking up on me. I will miss my friend very very much. I know, however that he is not really gone, he is just gone ahead of me on the trail we all have to walk, exploring and scouting it out.
Back To Hikes & Photos