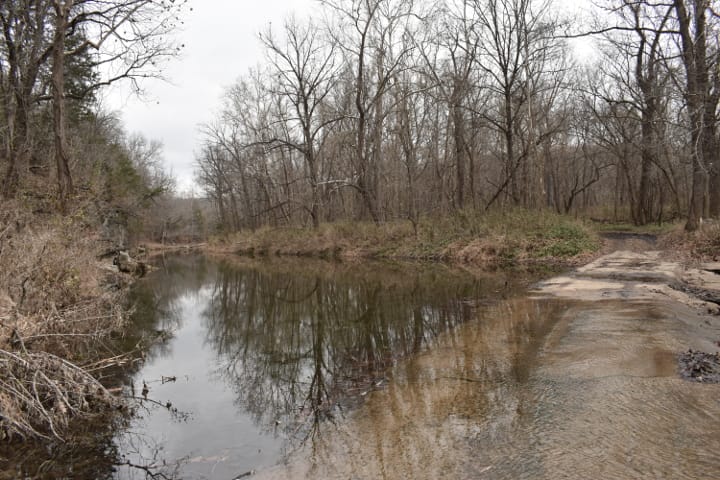 Crossing The Low Water Bridge On The Route Less Traveled

Note: Article and pictures by a good friend Ozarkd

My day started with a cold, dreary morning.  The temperature had dropped significantly from the day before, making going outside a chilly endeavor, but I persevered nonetheless. After locating my missing camera battery, I set out with a friend to re-explore the places that I had missed photographing the day before, when my battery had disappeared.

Initially, I wanted to snap a few shots from the comfort of my truck, but when I actually began the journey, I found myself compelled to venture outdoors, just a little, and spend a few minutes braving the cold.  We here in the Ozarks are so very lucky.  We have at our disposal, unlimited variety and wonder, all within a short drive from our homes, and this day would prove to be a cornucopia of picture taking opportunity for me.

​I'm not a photographer.  I like to click away, and hope for the best shots that I can get.  Today would be no different.  So with all of that in mind, I took the 'route less traveled' and found a dirt road that I hadn't been on for a number of years. 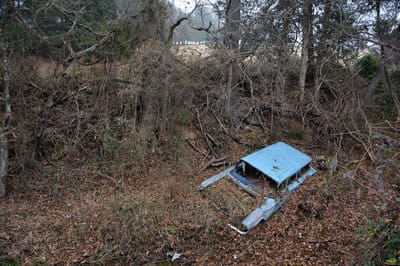 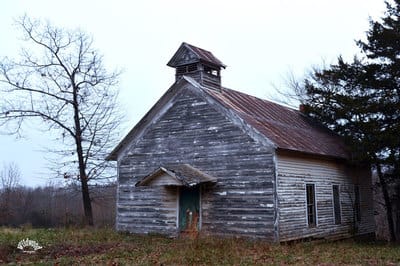 Old School House At PD Flats
I found an old car half buried in sediment, and obviously forgotten at the bottom of a runoff, where I imagine it had stayed for a long time, reminiscent of some forgotten incident, of which the car's occupant no doubt would rather forget. Further on down the road was the old School House at PD Flats.  It has been watching over that community for a long, long time.  As I stood there, I could almost hear the kids running and playing, and the old bell ringing.  Imagination is a wonderful thing! 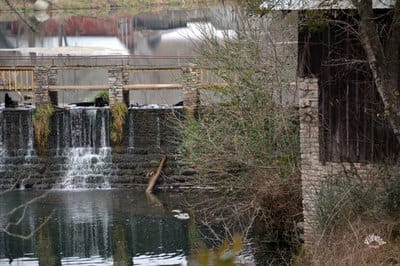 Waterfall At The Old Grist Mill 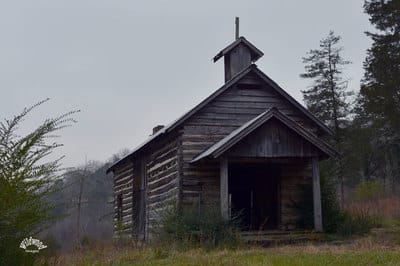 Marrying Sam's
After a little while, the old road wandered, seemingly uncharted, until I found myself at the top of the old Dogpatch Theme Park. On a whim, I turned my truck onto the old road that had served as the employee access to the park.  To my surprise, it was not blocked or impassable. We slowly ventured down, into what used to be the actual place where one might have found such characters as Lil' Abner and Daisy Mae, and again to my complete surprise, there wasn't a soul to be found anywhere.  The falling down park would be mine, at least for a few minutes.

As we drove by the old grist mill at what used to be known as Marble City, I snapped a picture of the waterfalls..  When the park was open, the mill was used as a tourist attraction, but many years before, had been a working grist mill, grinding corn and sorghum for the locals.  The waterfalls created by the makers of the mill has remained intact and quite beautiful as well.

​At the very next turn, the old church house came into view.  When it was still Dogpatch, the church was given the name of "Marrying Sam's", reminiscent of the old comics we found in the sunday newspaper. ​ Many of the old cabins in the theme park were removed from other places, taken apart and numbered, and re-assembled at their current location within the park.  This old church was one of those. 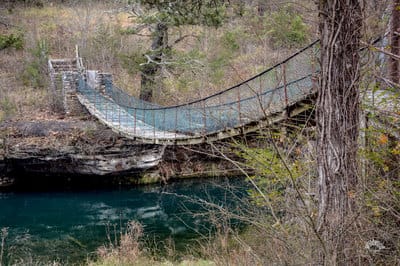 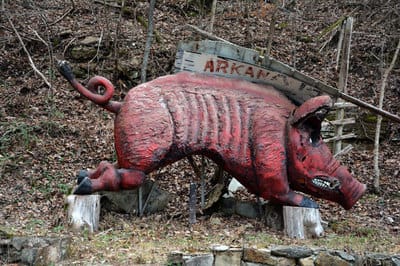 Lonesome Razorback
With just a turn of my head, the old swinging bridge was visible.  Noticeably dangerous and totally unsafe for use.  But I loved the bridge, and have walked across it many times in the past. The bridge spans the sometimes tiny, sometimes torrential Harp Creek, which flows into the amazing Buffalo River at Pruitt. ​On the hill, overlooking the Top of the grist mill, still exists a lonesome Razorback hog, keeping vigil on the rest of the park, and offering silent testimony to what used to be. 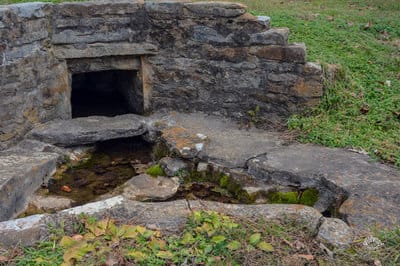 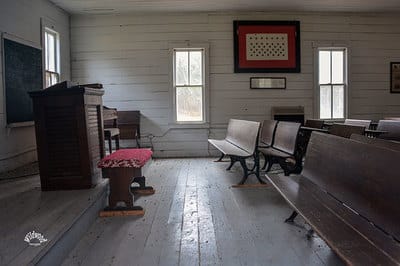 Inside The Basin Church
​I began to get a little nervous that I would be expelled from my adventure by some over zealous security guard, so with a fond memory in hand, we ventured out of the park, and headed toward the old Basin Community Church, where this expedition would come to an end. The old chuch and spring were once renowned as the home of healing waters, and hundreds of people journeyed here, hoping for a miraculous cure to some ailment, not understood and certainly not wanted.  Today, the church stands alone on a dirt road, where all is well, and only a few hardy souls even venture
Back To Photo Galleries