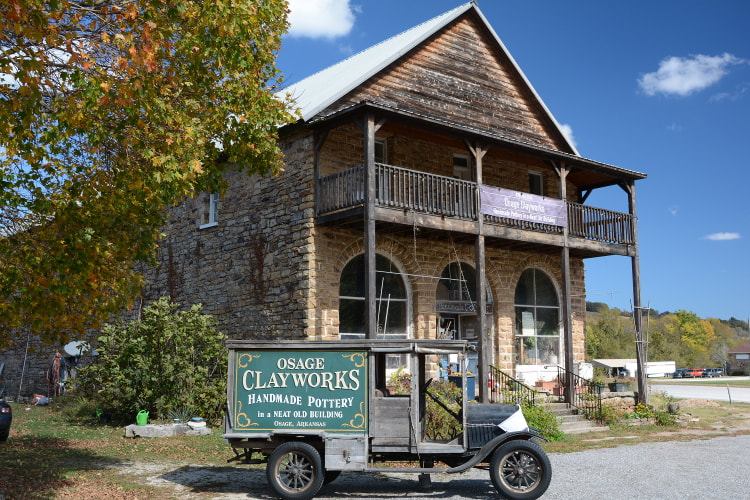 It was October 25th early in the morning. The weather man said it was going to be a warm day with a daily high of 80+. The sky was blue and the slight breeze made it most inviting for a day out taking pictures of the fall colors and whatever else I could capture. The previous week or so had been pretty nice, with an Indian summer reaching over the Ozarks. Looking forward, the weather forecast was for much colder and rain. So, off I went. My plan was to try and drive the dirt roads from my home in Harrison to Osage and the pottery works there.

The first part of the drive was fairly easy. There was no one on the roads and I could just stop, get out and walk around. I have never lost my love of the Ozarks. I was brought up a city kid. The outdoors was a state park, or Lake Michigan. Once I got here, I was and have always been stunned at how open the land was. The various National Forest and The Buffalo River Park, plus many wilderness areas make wandering fun, and free!  You can mostly just go where you want. I have even asked farmers if I could walk along the creek that went though their property, and was granted permission. There were some high bluffs with colorful trees along the winding dirt road that I was traveling. I stopped and got out and walked fairly often, making sure to feel the day on my skin. It was proving to be a glorious day. I consulted my Arkansas Gazetteer and my Boone County map, trying to make sure I took the correct dipsy doodle turn to head into Alpena. 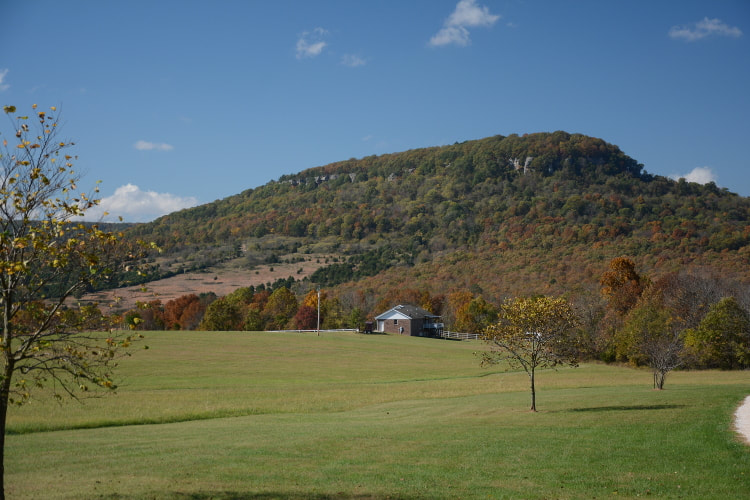 Color In The Valley - Click Pics For larger Images 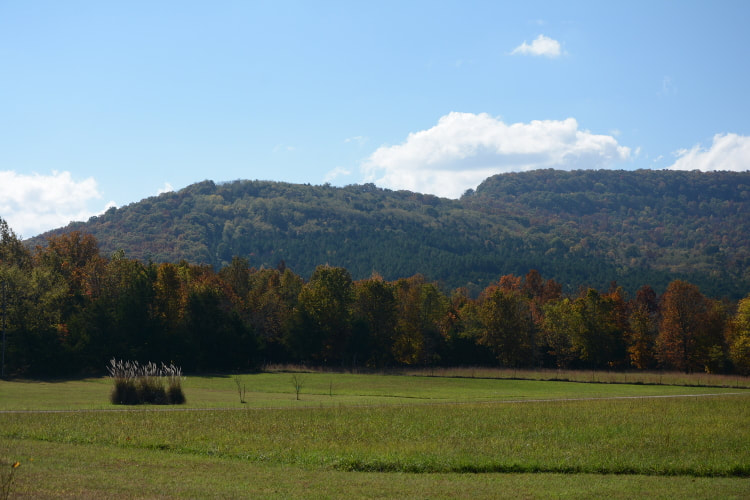 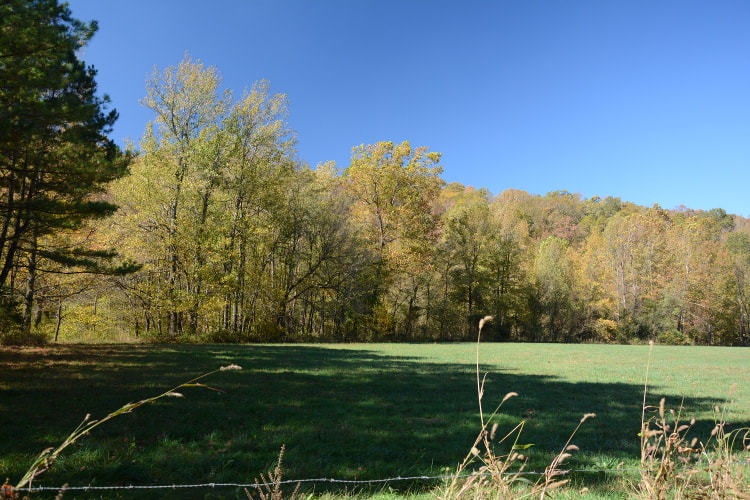 Yellow And Gold Stand Out 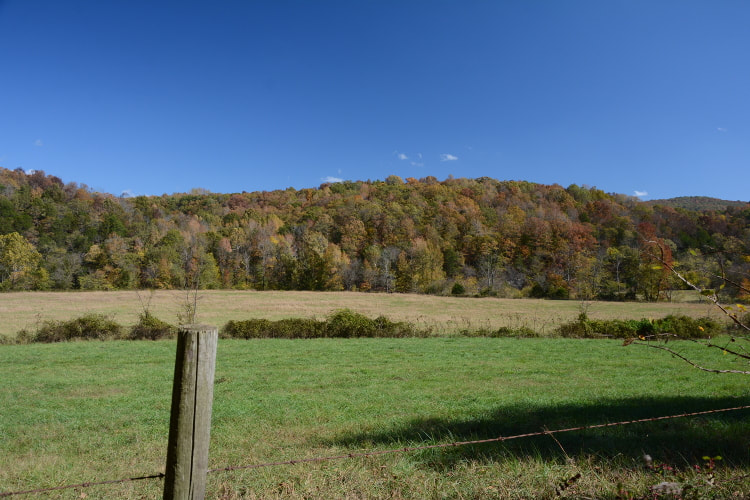 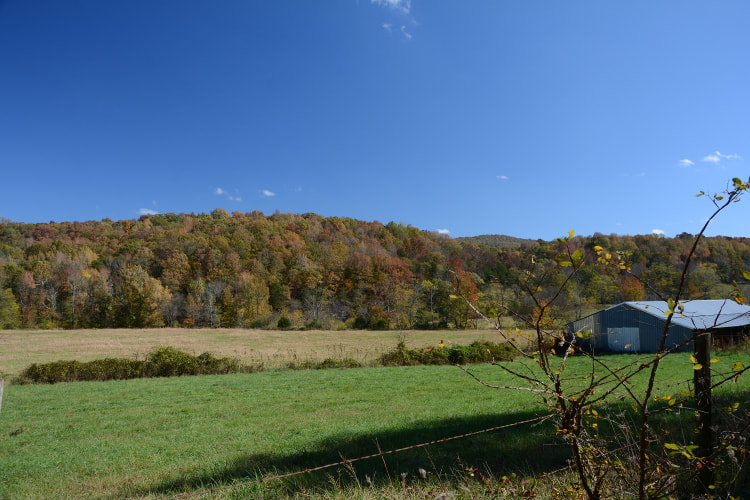 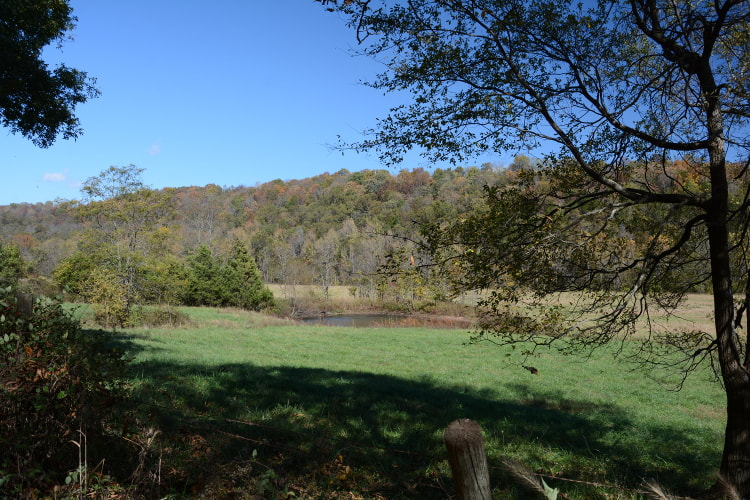 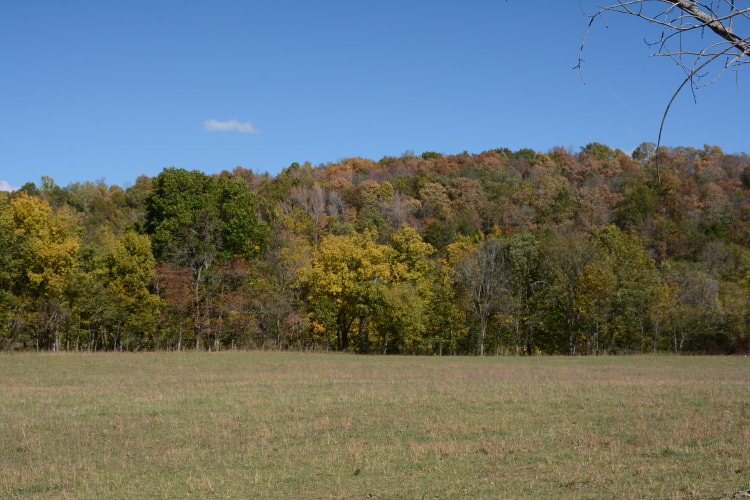 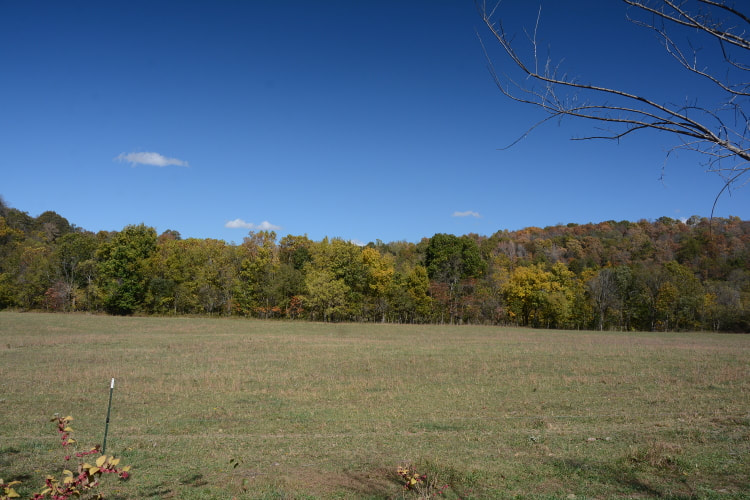 85° And Perfect For Wandering 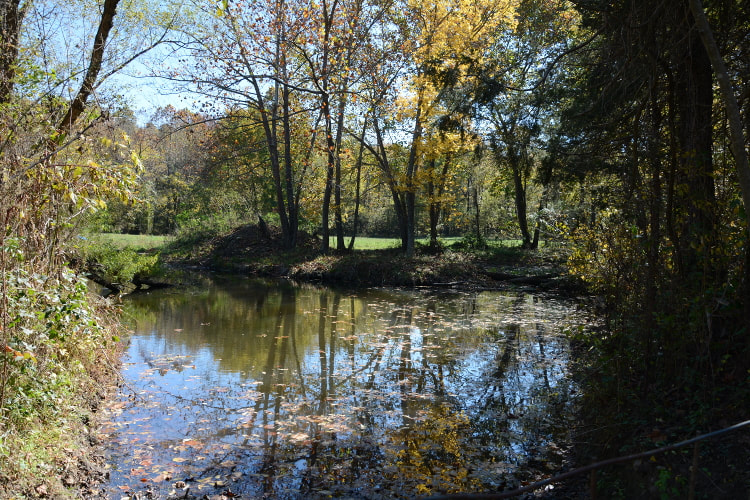 A Spring Hidden In The Shadows 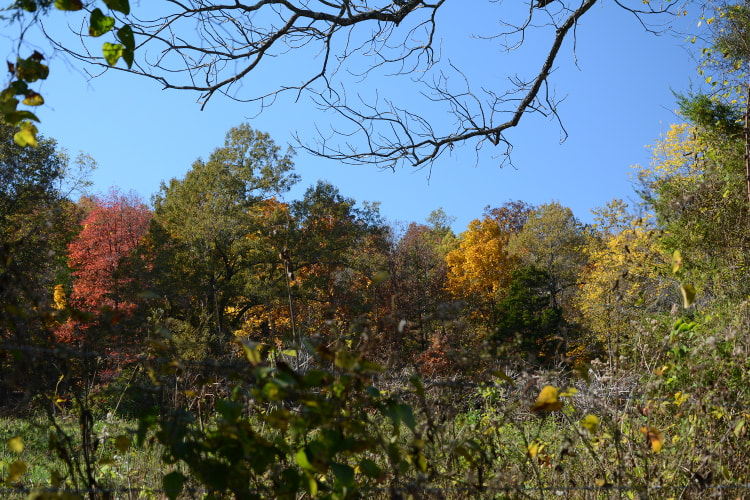 Reds And Golds And Greens And Browns
Taking a wrong dispy doodle, I missed Alpena to the northwest and came out on Hwy 412 at Carrollton. This just shortened my trip to Osage, although I was hoping to avoid pavement. Many years ago Osage was the scene of a very popular harvest festival. I think it got taken over by commercial entities and is now a big sale event. Back then friends met to exchange news and buy locally produced goods. It usually took place around the Old Stamp General Store. Today the store is the location for the very well known Osage Clayworks. When I arrived I was disappointed that the store was closed due to Covid. The historic background makes a lovely showroom for the finished pieces produced by this pottery. Recently they have begun to reopen by appointment, mask required. You can also visit Osage Clayworks Online Store and pick out some nifty Christmas gifts! 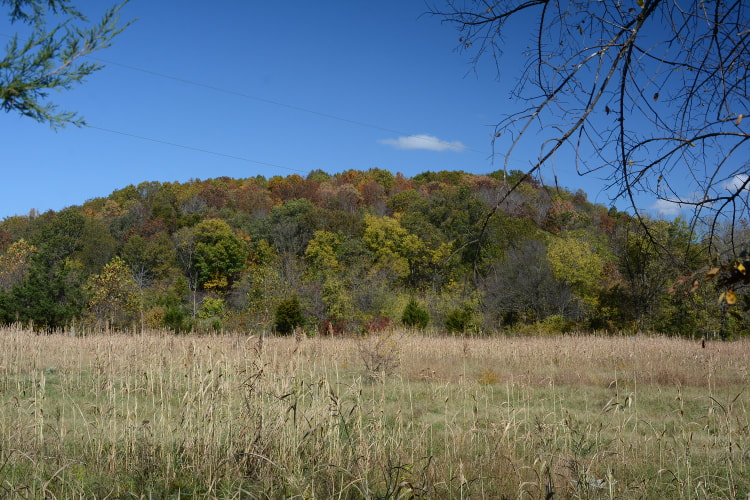 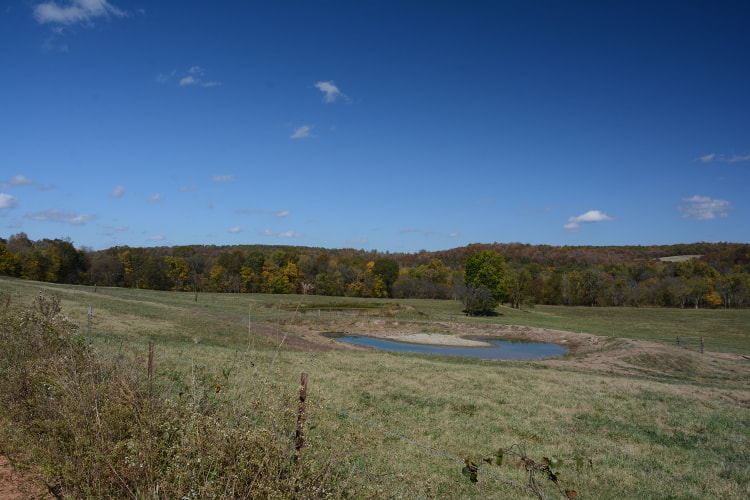 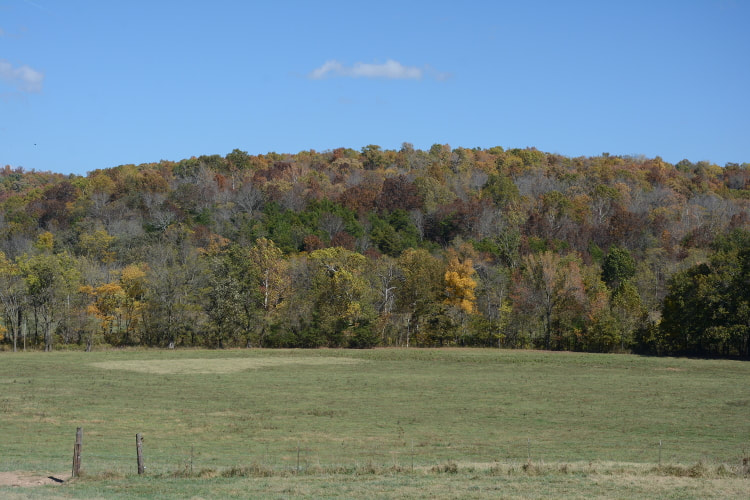 A Variety Of Colors 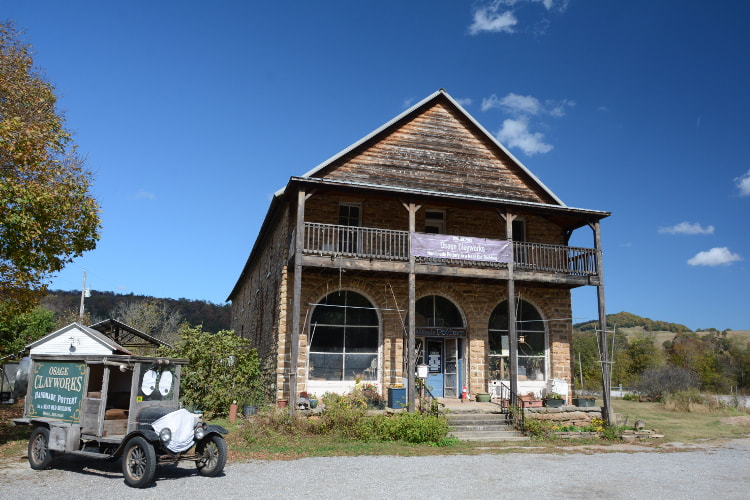 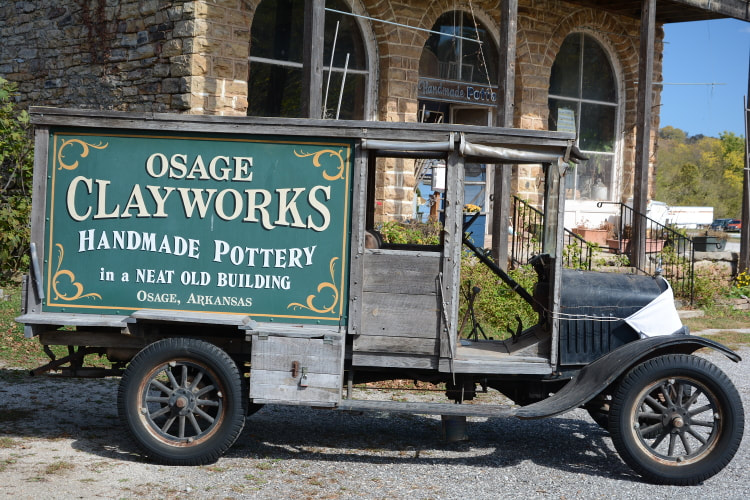 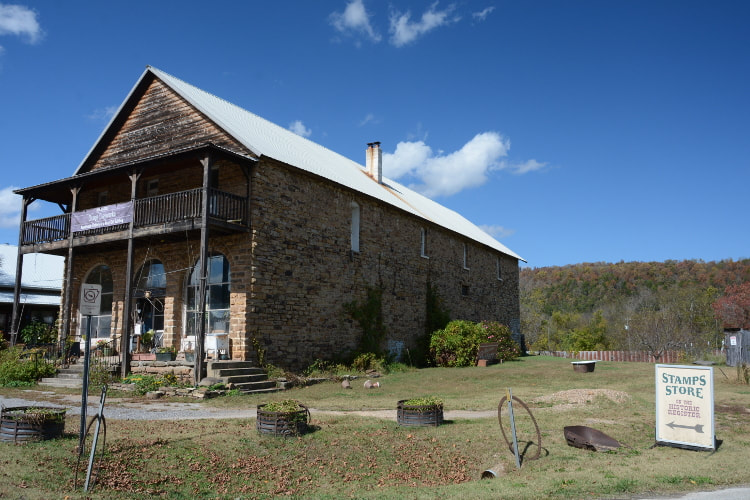 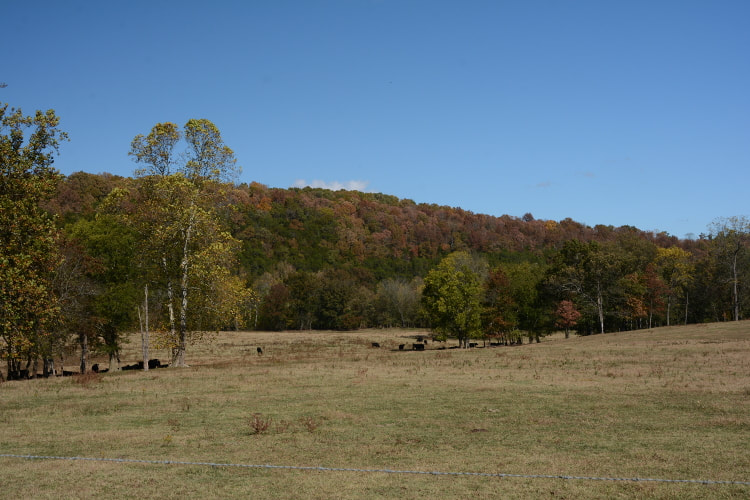 Cows Relaxing In Osage
I decided to make the return trip back to Harrison via the highway and then an old, slow dirt road back to my house. It was a wonderful day to be outside. Temperatures reached into the mid 80's and there was a light, cool fall breeze the entire time I was out. It was the perfect ending to a very nice summer and fall. Hopefully we will get some nice days in the months ahead. But already I can see that the leaves are falling like rain. If your looking for color, now is the time.
Back To Hikes & Photos