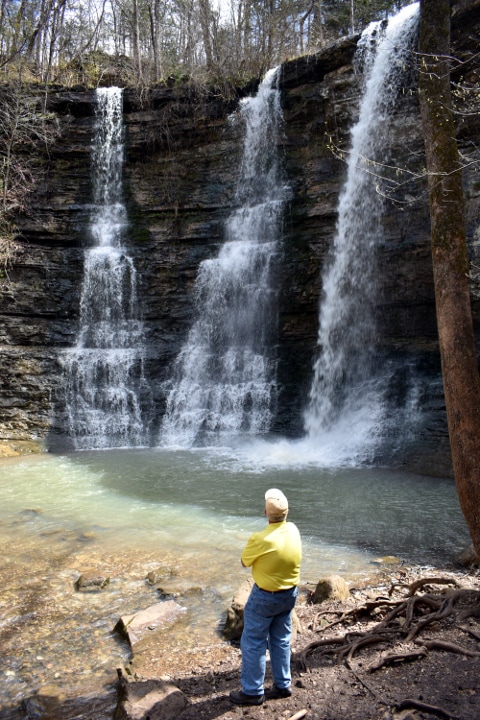 ​February in the Ozarks was spectacular and March has been very nice also. With the exception of a brief cold spell March was at or above normal in temperatures. I had a delightful surprise phone call on Saturday March 25th. My brother-in-law, Paul, was in Branson and wanted to know if I wanted a visitor. He had never been to the Ozarks before and said he wanted to look around. I told him come on down and we will spend a day exploring. 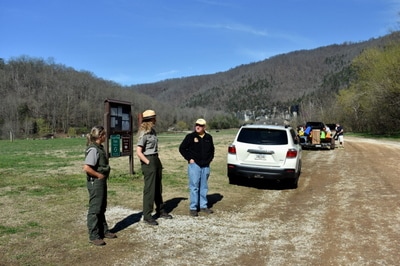 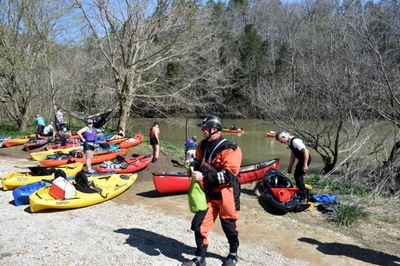 Getting Ready For The Big Launch 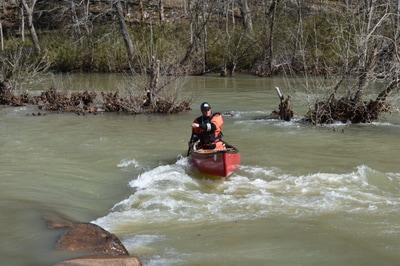 Master Canoeist Shows How It's Done 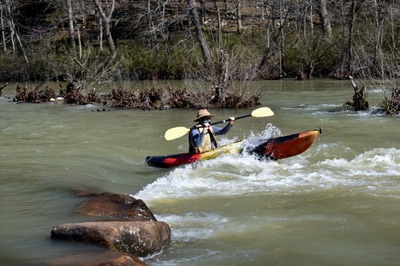 Kayak Powers Through
​​We left Harrison about 9:30 on Sunday morning heading south on Highway 43 to Ponca. We drove out to Boxley, spotting the elk well on the other side of the field the public normally view them and also the Boxley swan taking a morning tour of his pond. We headed up to Steel Creek so I could show off the bluffs and the campground. We pulled up to the launch point and saw quite a few folks waiting to launch. Some just unloading and others waiting until the shuttle vehicle drivers returned. Paul visited with the rangers who were on hand, since the river was just coming down  from flood stage.
​A small crowd was standing along the bank waiting to watch the launch of the group. I think we were secretly hoping for a few turn overs. It was a glorius morning, sun shining and the temperature quickly rising. I had to shed my light jacket and spring felt good on the skin. Steel Creek was full of people ready to enjoy the day! 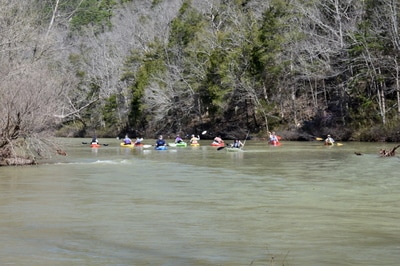 They Get Ready For Their Run 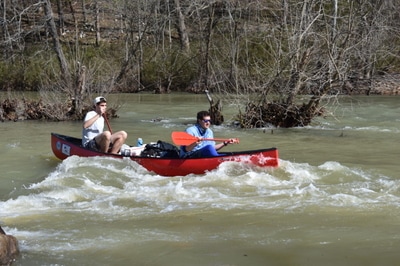 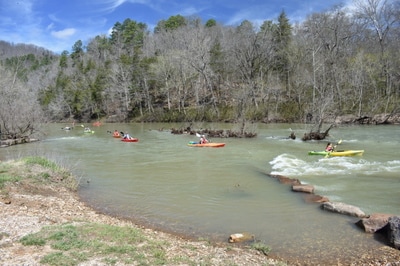 One By One They Head Down River 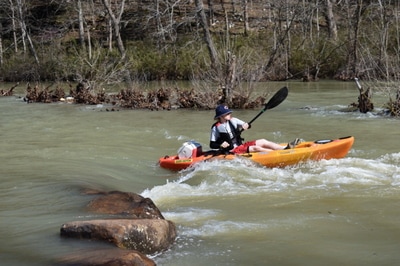 Young Man Shows His Stuff
​As the kayaks and canoes launched they turned upriver to wait until all of the group was on the river. They then turned down river and began their run through the first rapid. Some chose to hit the white water while others chose to go around. A few waved as they went by while  yippees, yahoos and woo woo's echoed off the bluffs as the leaders turned the bend and hit their second rapid. 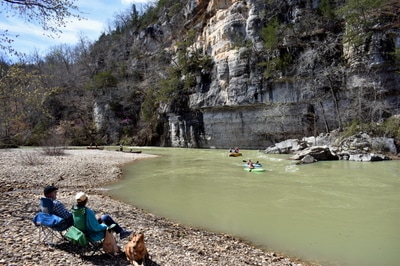 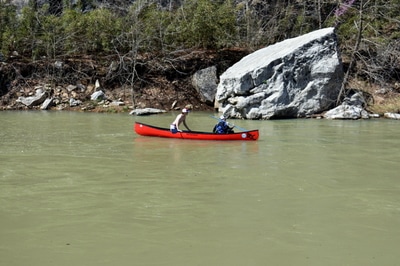 Two Boys On An Adventure 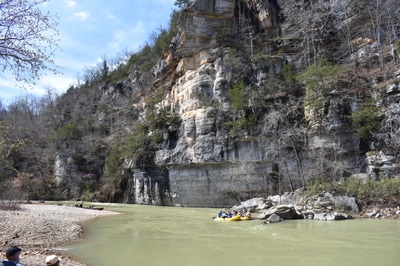 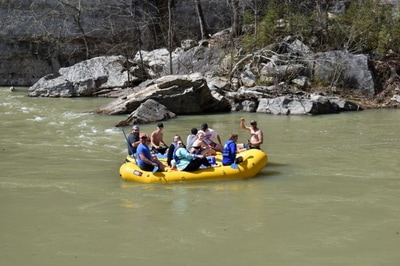 Luck And Libations Seem To Work
After we finished watching the big launch we moved up river to where the folks who launched at Ponca entered the first rapids at Steel Creek. If they made it past that there were a couple big rocks to miss before entering the long pool at the Steel Creek swimming hole. Locals often gather here to watch the canoes tip over just before the bluff or crash onto the rocks. Good entertainment and it's free!

Once we were ready to leave Steel Creek we drove over to the Kyles access road and down to the Twin Falls at Camp Orr. After such a good rain I knew the falls would be magnificent and something Paul would enjoy seeing. This is a very popular attraction and many people were coming and going down the steep dirt road. The parking lot was fairly full but we found a spot. The short walk brought us to the falls, which were Triple Falls due to the heavy rain. I took a short video to show the rate of water flowing down the falls. I took several pictures for people wanting themselves and the falls. Once we finished we drove over to Jasper and had a late lunch at the Ozark Cafe, one of my favorite places to eat. We arrived back home about 6 pm. I was surprised  to see that I was sunburned. Must have had a great day!
Back To Hikes & Photos