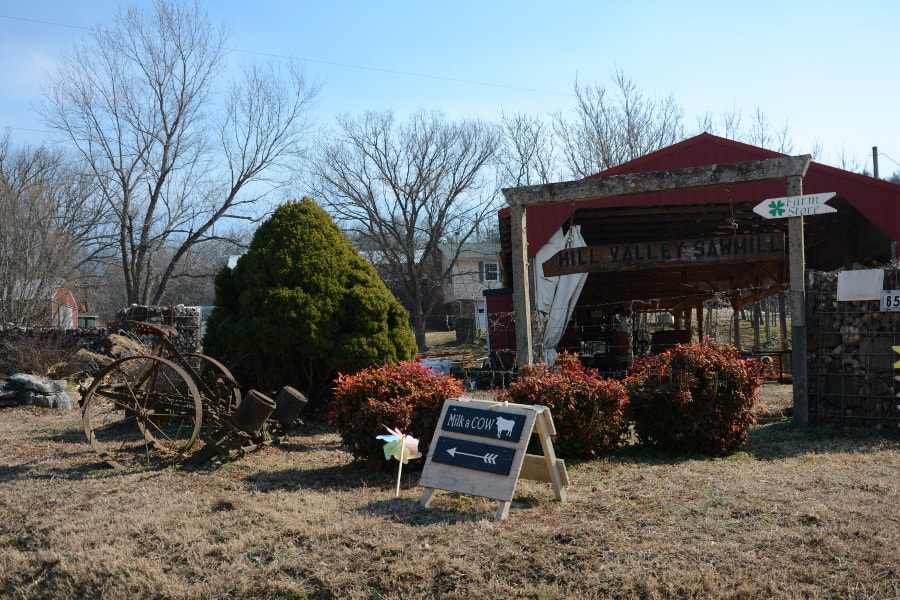 It was late in February when we had a chance to get out. The weather had been very erratic, first nice for a few days then winter weather with ice and snow. So when we saw that there was going to be another couple splendid days we decided to head out. Our goal was to take the back roads down into the middle section of the river, below Pruitt. I must admit I have always loved the Ozark Mountains of Northwest Arkansas. So different from where I grew up (in flatland). Also there is more access to areas here than any other place I have lived. We headed south and east, pulling over to record the fields and husbandry of our area. The cows were out in force and we also saw goats and chickens aplenty. One nice thing about driving the dirt roads is that you go about 10 mph or less, giving you plenty of opportunities for sightseeing. As we made our way towards the park we ran across an out of the way farm store, located on a farm!! 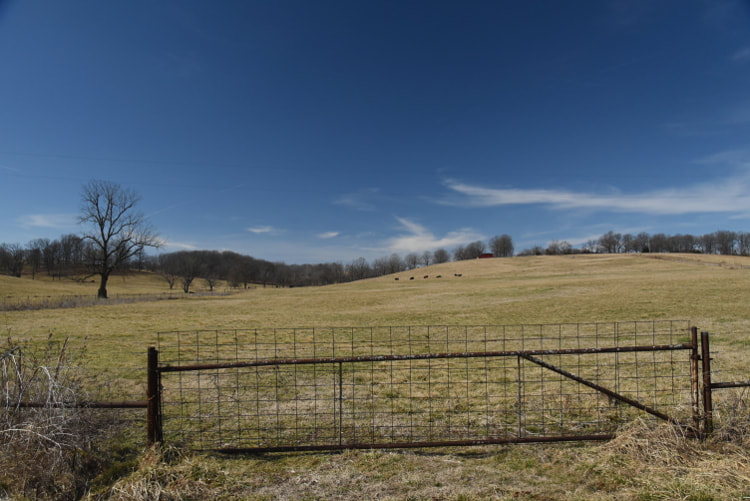 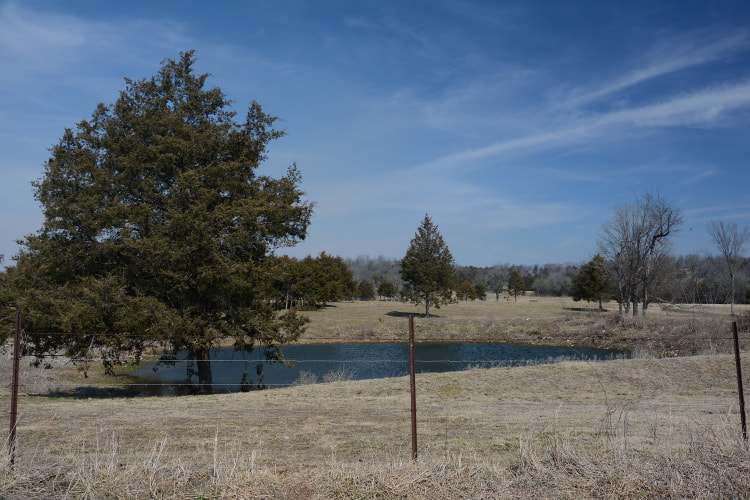 Ponds Are Full This Time Of Year 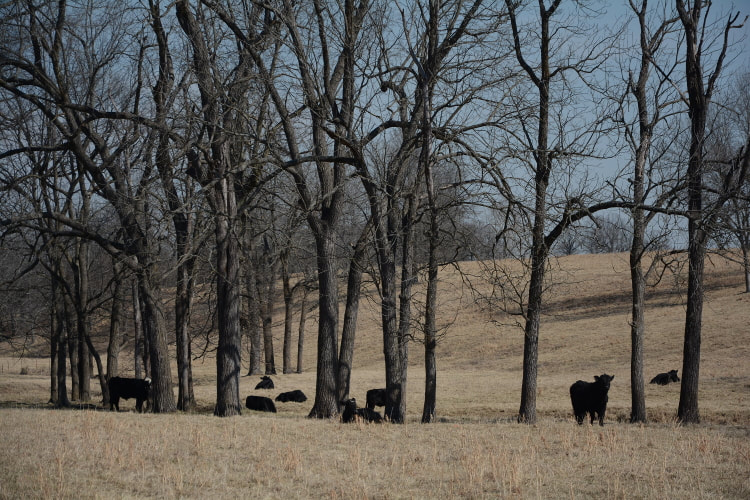 Next Years Harvest Of Hamburger 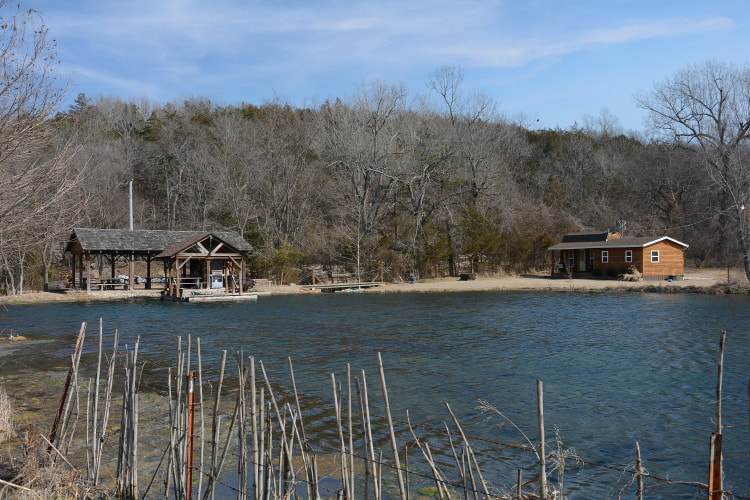 Airbnb Tucked Away In The Woods 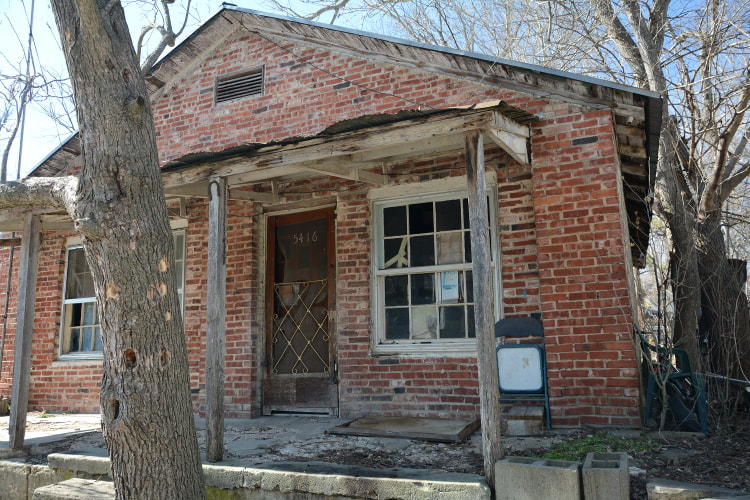 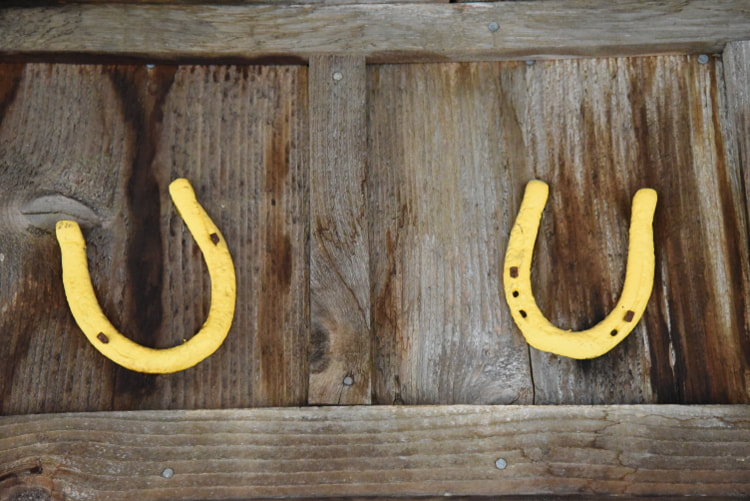 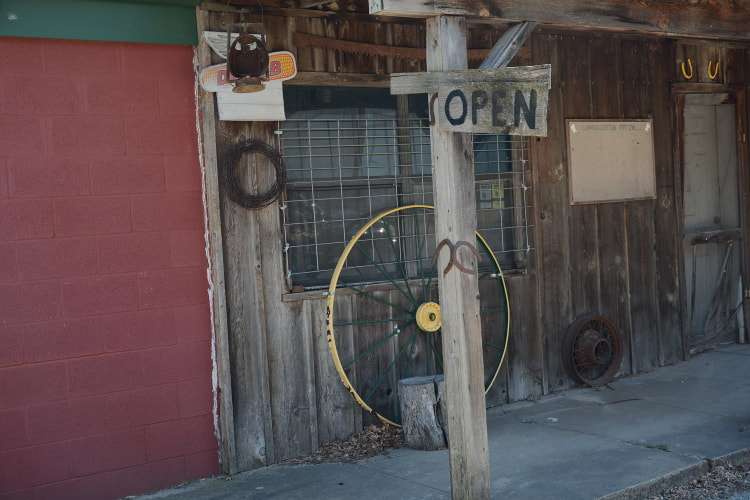 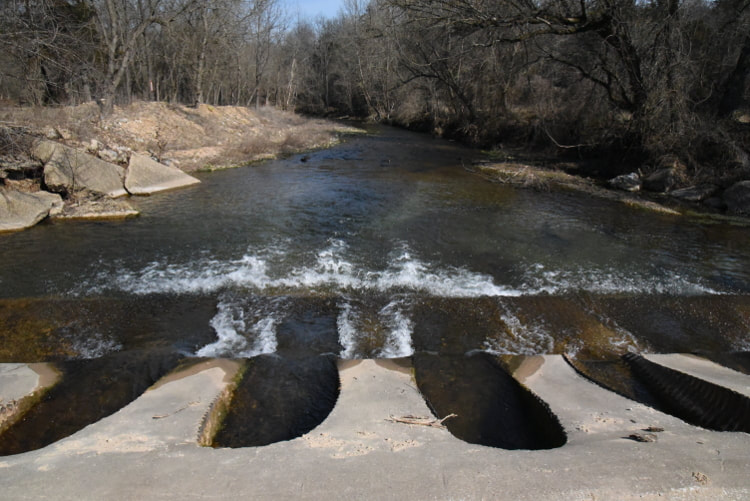 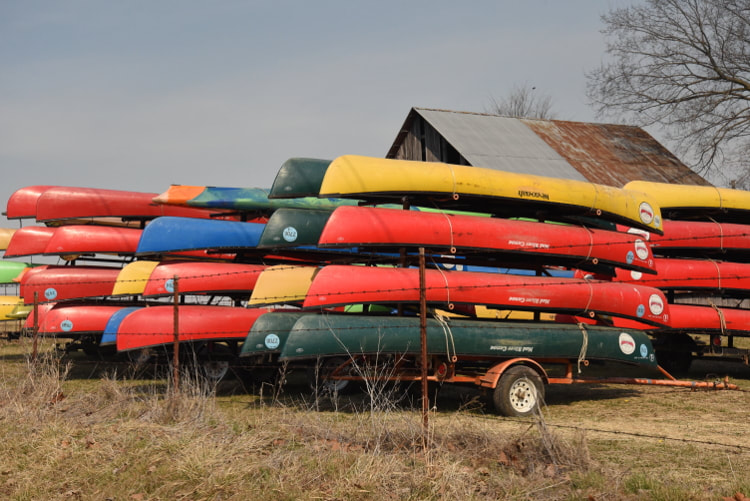 Outfitter Getting Ready For Floating Season 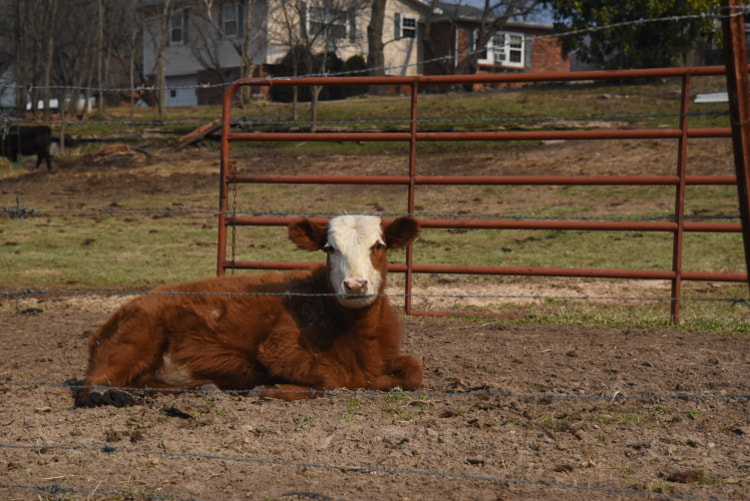 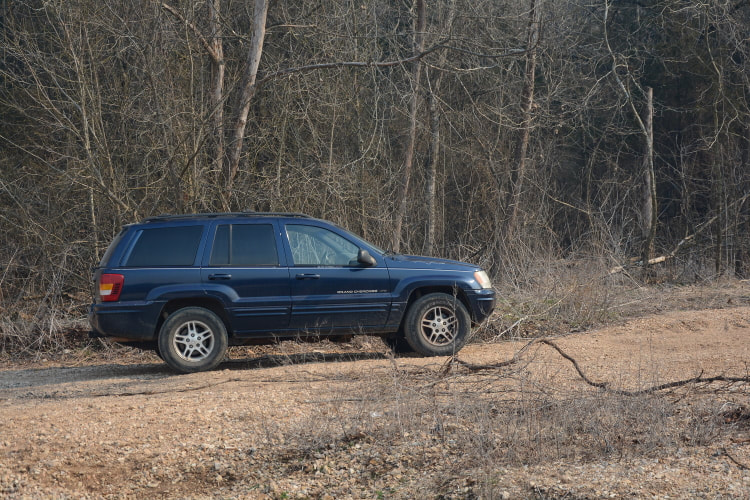 Parked On A Gravel Bar 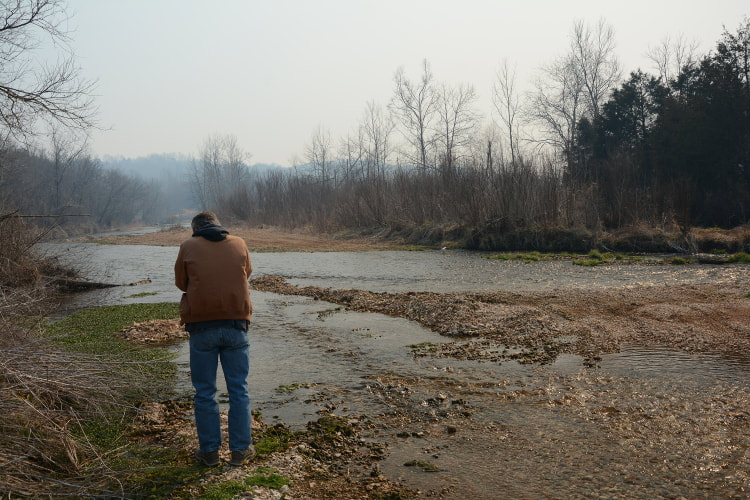 We Thought It Was Fog At First 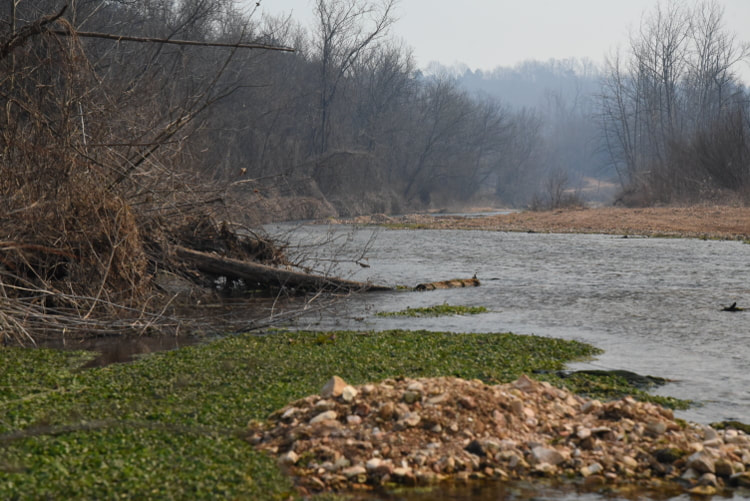 We Decided It Was A Fire 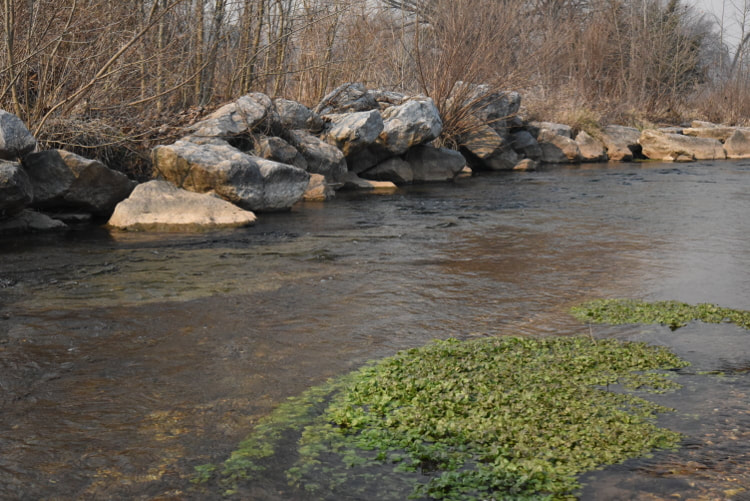 The Ozarks Are Blessed With Clean Water 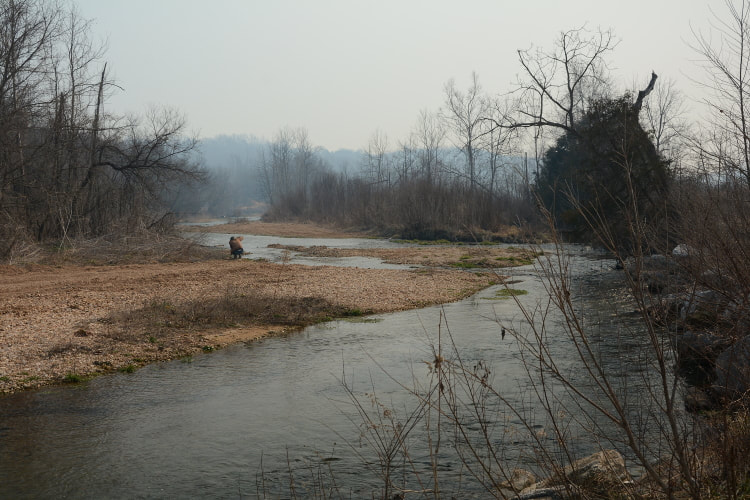 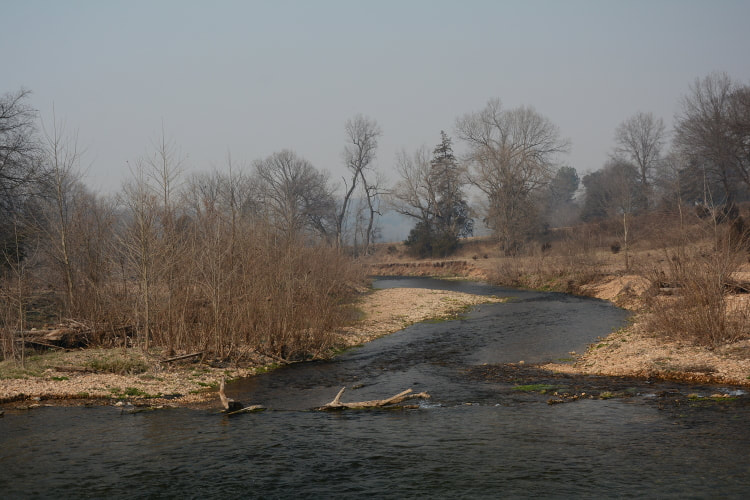 The Smoke Gets Fairly Thick
After crossing the slab the road ran alongside the creek for a good ways. I found a gravel bar and parked the old Jeep, we got out and started wandering about. We both noticed that as we looked south and east the haze grew thicker and we initially thought it was a fog, but then the faint smell of fire reached us. Apparently there was a fire somewhere around us, but it didn't stop us from exploring the area as best we could. The creek was flowing but not so high you could not walk along it for some distance. Bill took off that way while I examined the other way. The further Bill got the more thick the smoke got. After a while we were unable to get decent pictures so we decided to drive down the road to see if we could spot where the fire was originating. We went maybe a mile or so down the road but could not see far enough to see a couple hundred yards ahead, much less a fire. So we turned back. 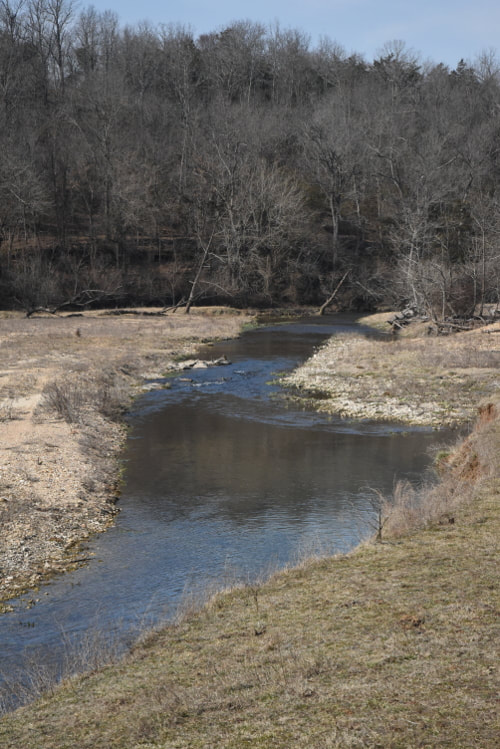 North And West The Sky Cleared

We took a different road back to town, and while driving north and west we noticed the sky was clearing and after a mile or two we could see blue sky again. We bemoaned the fact that we had chosen the wrong direction to travel, and that north and west was the correct heading. Unfortunately we had run out of time for that day, and returned to Harrison. Later that evening Bill called me and said he had found out that the fire was a proscribed burn of some 800+ acres, I forget which agency.

Spring is right around the corner and with it floating season on the Buffalo National River. Soon the flowers will be blooming and the scent of wild azalea will be in the air. I hope each of you gets the opportunity to explore the Ozark Mountains of Northwest Arkansas this spring. It is very beautiful and fun for all kids, aged 8 to 80.
Back To Hikes & Photos