War Eagle Mill And A Hike To Hideout Hollow 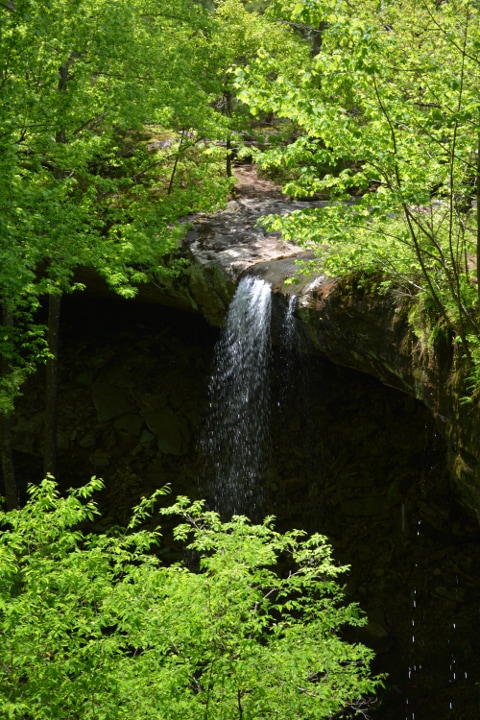 My last update on April 30th was also the weekend we had the big rains here in Northwest Arkansas and Southwest Missouri. My rain gauge had five inches in it by the time the rain was over. There was quite a bit of flooding in our area, and some communities were devastated, especially if they were located near a large river or creek.  One canoeist was lost on the Buffalo River during the flood.

April 25th was a nice sunny day and I wanted to drive over to the Hobbs State Park  and then over to Beaver Lake. I grabbed my friend and we took off. We decided to drive up Highway 303 and visit the War Eagle Mill then go on into Hobbs. It was a very beautiful drive. 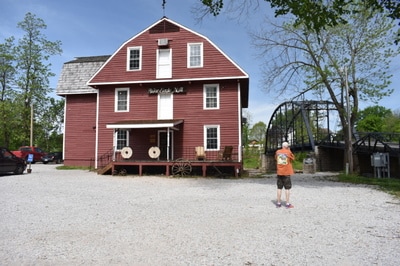 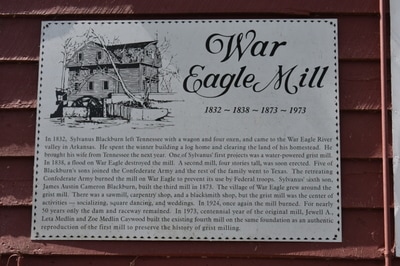 The History Of The Mill 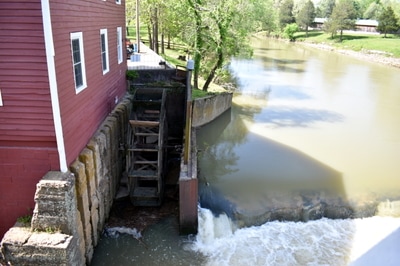 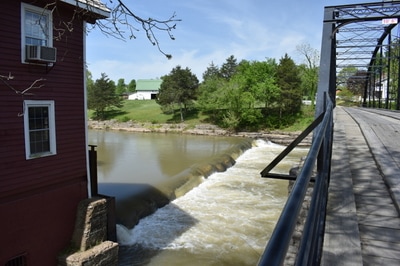 One Lane Bridge And Rushing Water
The War Eagle Mill is a very well known structure in my neck of the woods. Several fairs are held in the field across from the mill each year and are attended by many thousands of visitors. The mill itself is a historically accurate reconstruction of the third mill with the addition of the original undershot water wheel  system and an eighteen foot cypress waterwheel. It is believed this is the only working undershot water wheel in the U.S.A. They grind every day!
As mentioned above one week after we visited the mill it was flooded out. This is not the first time in recent history that it has happened. In 2015 the mill was damaged by a big flood. I understand that while the mill was flooded most of the inside stuff was moved to higher ground and the mill will be open again very soon, if not already. The video on the left was taken by me. The water wheel was not engaged that day due to high water. The video on the right was posted to YouTube by the Northwest Arkansas Democrat-Gazette. You can view a  video of the floodwaters in Everton Arkansas here.

On May 2nd, two days after the big rains we wanted to get out and see some waterfalls, so we decided to see if we could do the Hideout Hollow hike. We figured the waterfall there would be running nicely. This was a calculated hike for us, since my knee is not very good anymore, I was not sure I could walk the 2 miles. My hiking partner also suffers from mobility issues so it would be a test for him too. We were interested in seeing what our limitations are. 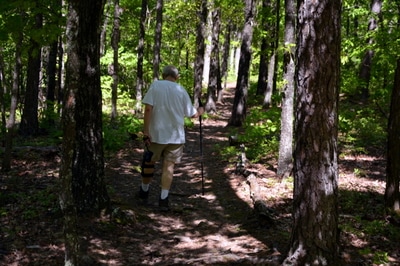 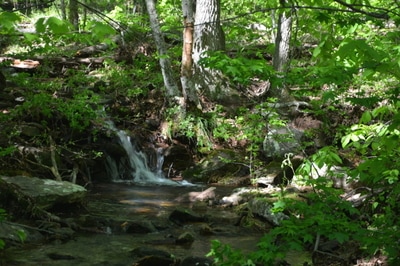 Crossing One Of Several Small Creeks 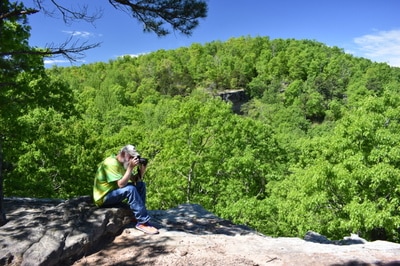 Resting At The Bluff 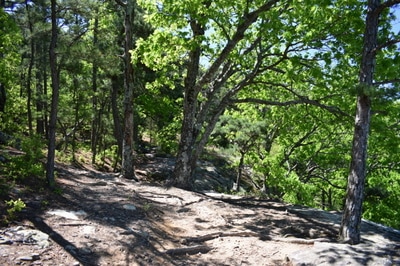 The Trail Along The Bluff Line
We parked at the trailhead and began the hike. At first it was flat, then it went down to a small creek. The trail climbed back up and then down again to the bluff that overlooks Cecil Cove. I had to stop a few times to give my knee a rest. We finally reached the bluff line and stopped there to take pictures and have a bit of something to eat. It was a gorgeous morning, warm, with blue skies and occasionally puffy white clouds. Great for picture taking. When we were ready we began the hike along the bluff to the waterfall. It was difficult to see with the trees all leafed out. 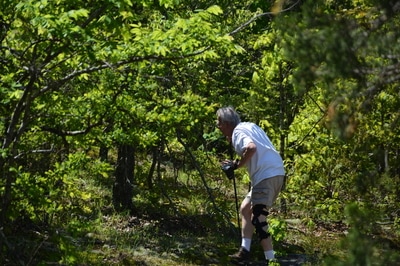 I Head Up From The Waterfall 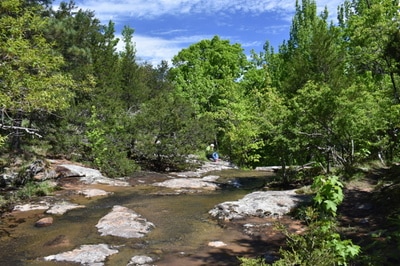 Sitting At The Top Of the Waterfall 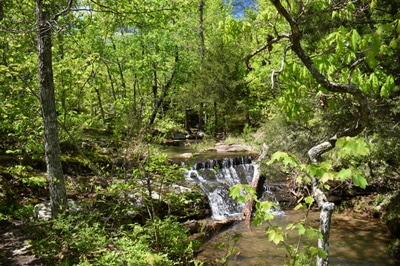 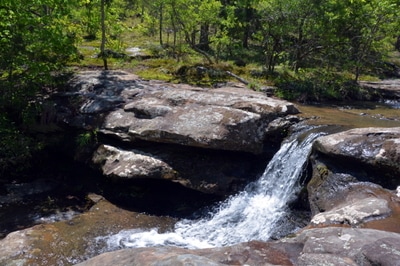 At The Top Of Hideout Hollow Waterfall 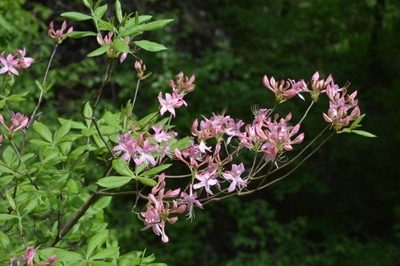 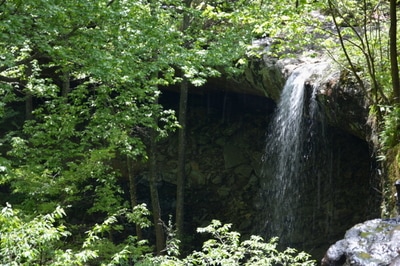 Hideout Hollow Waterfall
​Once we got to Hideout Hollow waterfall I decided to walk up the creek to see what was above the falls, while David decided to sit for a bit then try and walk around and underneath an overhang to get to the other side and a better view of the falls. I bushwhacked my way up the creek and found a very nice small waterfall and could see what looked like at least one more further up, but my knee was throbbing so I decided to turn back and go find David. There were plenty of spring wildflowers in the area and the azalea were very pretty. I didn't see David right away but after a short while I could see something moving on the other side. Eventually David worked his way back around the bluff and we sat and rested again before starting the hike back up the hill. It was 12:15 when we started our return hike and we arrived at the Jeep at 1:45. Pretty slow pace but we made it!

As spring winds its way into summer I sure hope that you get the chance to explore some of the beautiful spots here in the Ozark Mountains. Road trips to historical sites and gentle excursions along short trails to wonderful destinations are mostly totally free and within the reach of almost anyone. Hideout Hollow is one of those hikes where you can take the whole family, but be very careful if you take small children since the bluffs are very tall.​
Back To Hikes & Photos