Quest For The Kings River 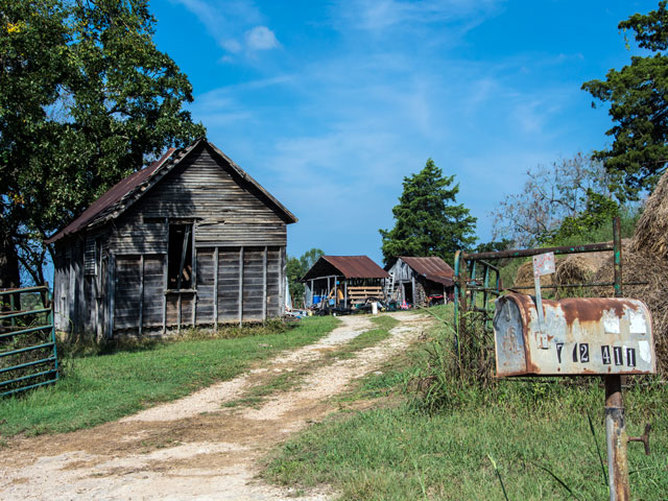 Old Homestead On The Dirt Road

​Fall has arrived and the weather here in the Ozarks has been very nice although the days have still been a tad warm. We are all looking forward to the cooler weather. One of the areas that I have not explored much is the Kings River. I have been to the falls four or five times, but only floated the Kings River once. I had dropped in at David's place for a cup of coffee and we started talking about that area and he said he had not explored the river much at all.

The Kings River runs for about ninety miles through Madison and Carroll counties to its confluence with the White River arm of Table Rock Lake, located on the Missouri–Arkansas border. As with other rivers that begin on the north-facing slopes of the Boston Mountains, the Kings River flows north. 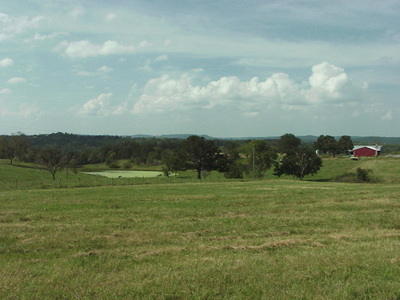 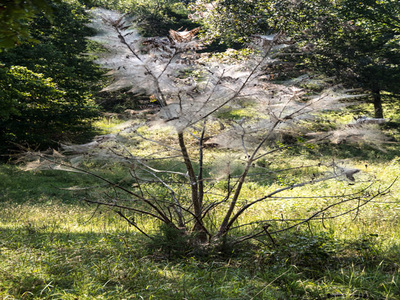 Fall webworms feast on tree
September 20th was a beautiful morning with clouds as we set off on our search for the Kings River.  ​We headed west on Hwy. 62 until we got to Berryville then went on through to Hwy. 143 North. We had been unable to find any good maps with current road numbers on them so now we were on our own...just the Gazetteer, the simple map we had printed  and our instincts. Boy were we in trouble!  The map showed two access points, Romp Hole and Stoney Point and we had decided to start with them. They were both somewhere to the east of the road we were on and in the general vicinity. The scenery was beautiful as we followed a couple signs till we got on some dirt roads..then we were a bit lost. We found two people on ATV's and they pointed us in the right direction, but we still could not find the access to the Romp Hole. It was our good fortune to run into  them again..and they led us to the access. 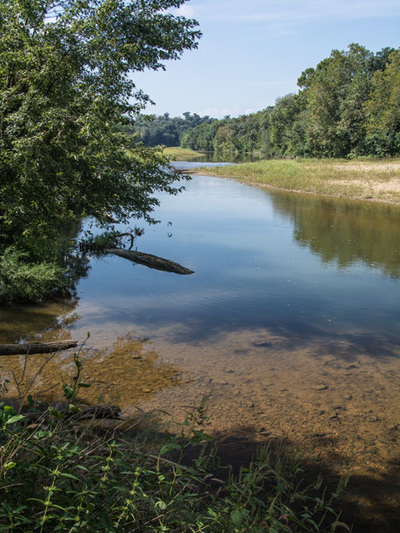 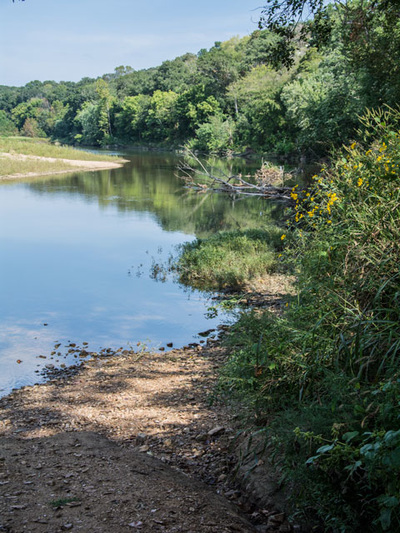 Romp Hole Downriver View
​​The land on either side of the Kings River is mostly owned by private landowners. You want to make sure and respect their rights and leave no litter on the banks. We noticed that the access point was marked by an Arkansas Game and Fish sign with an arrow pointing to the access. The Romp Hole was a narrow but nice place to put in a canoe. The river was calm and beautiful. 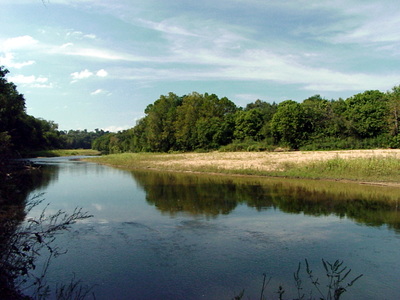 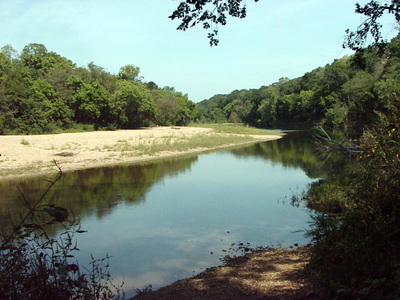 A Beautiful River
​​We then backtracked along some dirt roads and took the time to admire our surroundings. It is pretty darn amazing what you can see along the dirt roads if  you just keep your eyes open. We wandered around a bit (I am sure Dunbar and Hunter also wandered around a bit before they found their way) and then was fortunate to find the Stoney Point access. 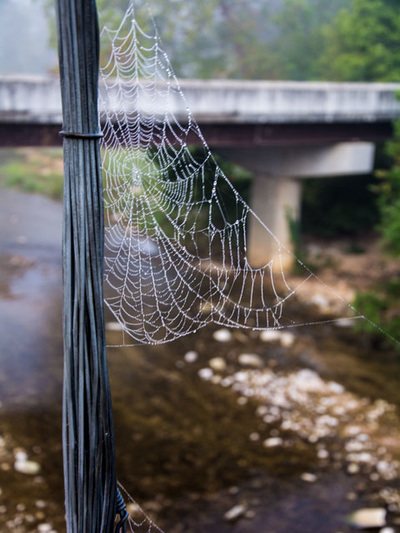 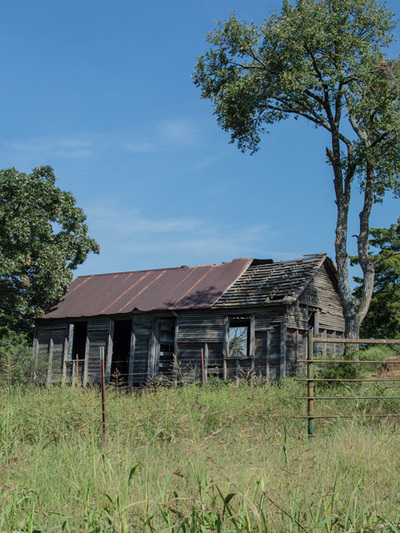 Old Ozark Barn
​​​We were able to drive right down to it, The gravel was soft and we made sure to stay up on the hard gravel area, not wanting to get stuck in an awkward spot. The Stoney Point access is quite large and can accommodate quite a few canoes at once. Not sure about vehicle parking though. This is a very nice spot and we spent some time here. We sat down, had a snack and a drink and just enjoyed the beautiful surroundings. 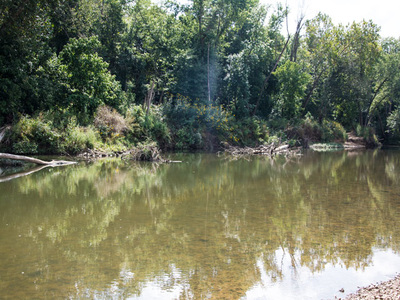 The River Mirrors The Banks 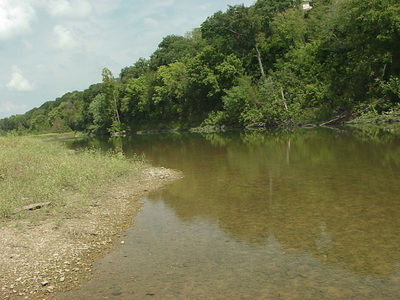 Kings River Meanders To The White River
Five and 1/2 hours later we returned home to Harrison. A good portion of that time was spent "between reference points" (a nice way of saying we didn't know where we were.) The Kings River is a beautiful river and very floatable. The access points are a bit difficult to find but you can use an outfitter. Kings River Outfitters is the one we used some years ago, and they provided everything we needed. 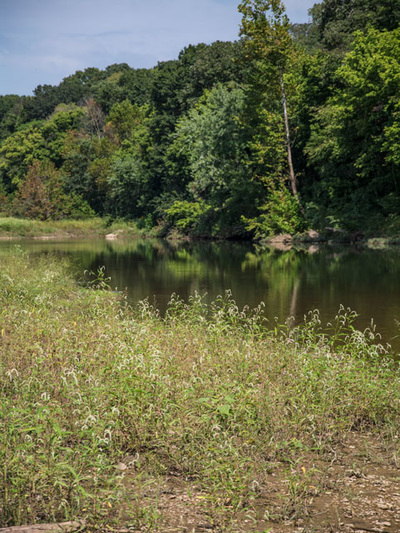 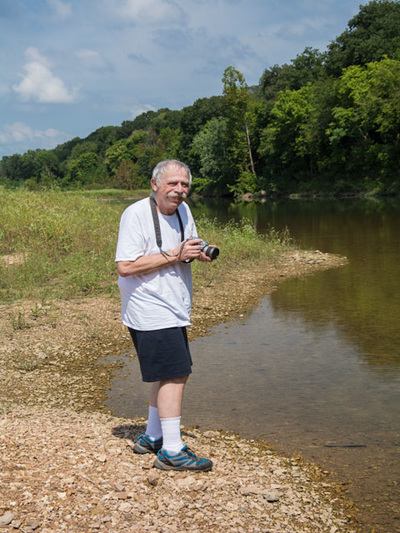 The Barefoot Traveler
Don't be afraid to get out on the dirt roads and explore. Make sure, however that you are prepared. There will be plenty of spots with no cell phone coverage. A spare tire, jack, fix-a-flat, 12v air compressor and a plug kit, plus a full tank of gas are some of what we consider necessities when heading down the dirt roads. A GPS will also be very handy. If you get lost, just stop and ask someone how to get back to the pavement. We hope to search for and find the rest of the access points along the Kings River and present them in Quest For The Kings River, Part 2.
Back To Hikes