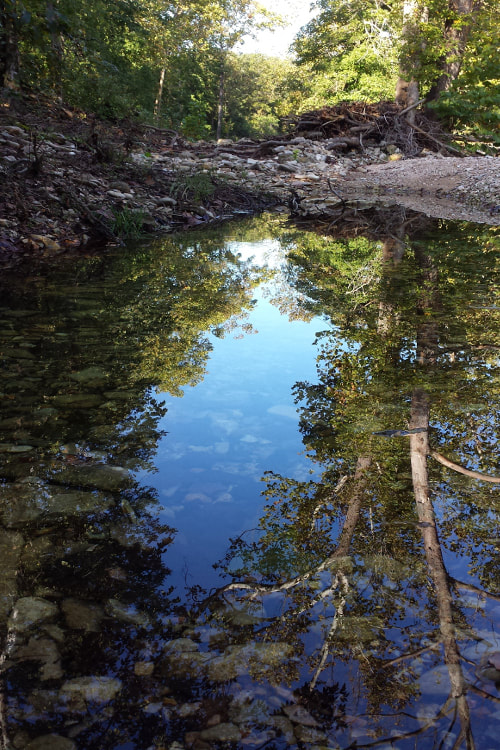 In Reflection: The Beautiful Bee Creek

It was the last day of September and we had made plans to go on an expedition but had not picked out an objective. Our friend and longtime hiking buddy Bill was coming along and we wanted to pick a spot he had not yet been to. We decided on a return trip to the MIncy-Drury Conservation Area In Missouri. Only 35 miles directly north of Harrison, it made an ideal choice. We have been here twice before, but only once when all the roads were open. That was December of 2016. As we drove north on Highway 65 there was a heavy fog in the air. As we made our way east to our destination, the fog grew less and the sun started to peek through. As we entered and drove down to Bee Creek the fog gave an almost magical quality to the surroundings. 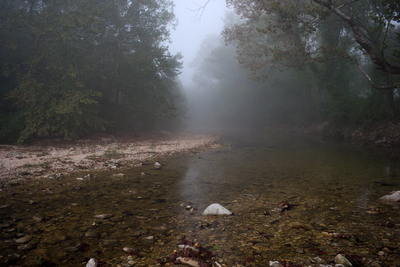 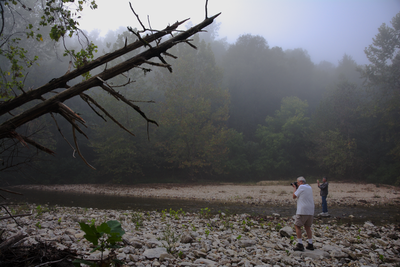 Trying To Capture The Magic 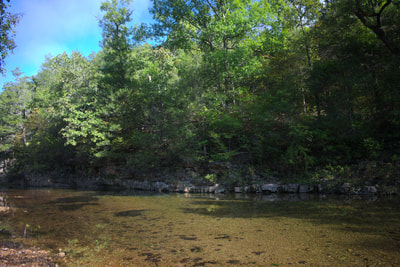 The Fog Begins To Burn Off 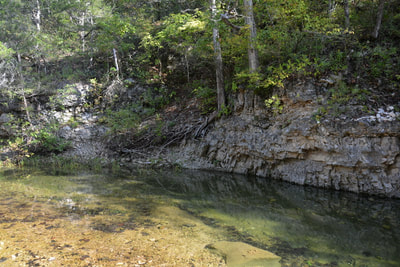 Water Still Moves Along Bee Creek
We stopped at the first low water crossing to take some early morning pictures. The fall colors had not yet shown themselves, but the fog and the greens of summer were reflected in the shallow, but moving water of the creek. It was a glorious morning! We moved up and down the creek, enjoying the splendor of Mother Nature and the friendship we have shared for over 20 years. 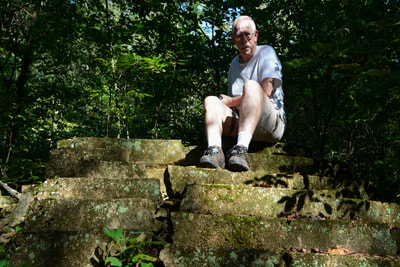 On The Steps Of The Old Bee Creek School 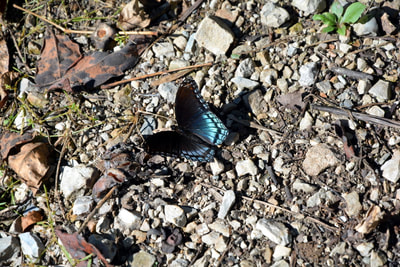 Basking In The Sunshine 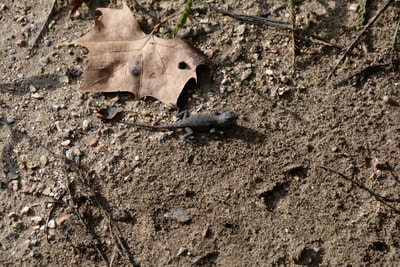 A Small Friend Hikes Along Wtih Us 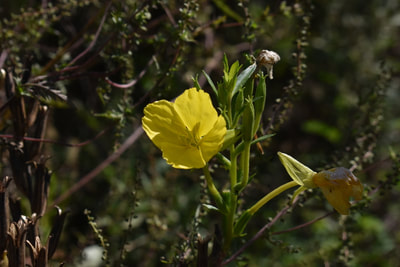 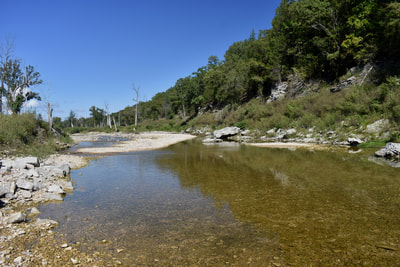 Bee Creek Is A Beautiful Place 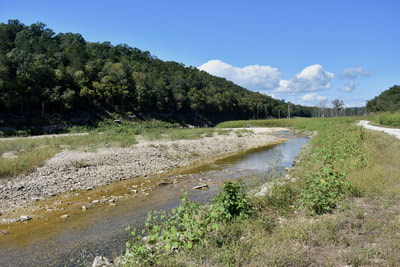 Looking Back Along The Bottom Land Of The Creek 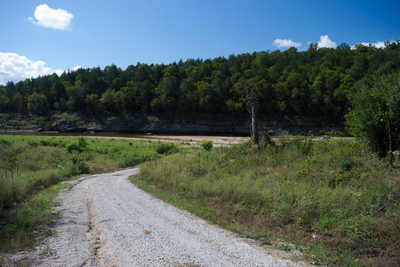 Stopping At A Picnic Table For A Snack 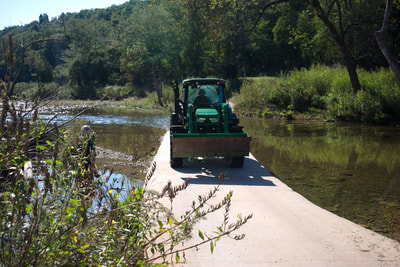 Heading In For Lunch After Tilling A Field 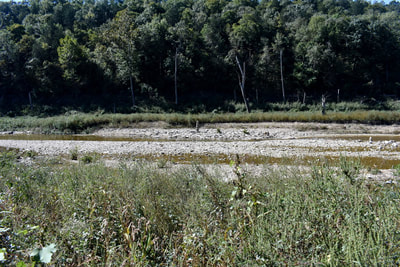 Something Strange In The Distance 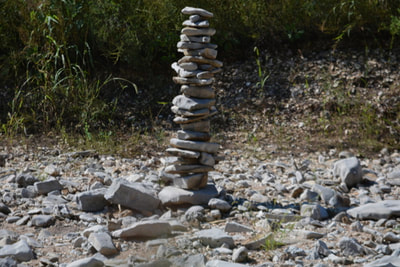 Freestanding Rock Piller By Unknown Artist
We stopped at the last concrete low water bridge to let one of the maintenance guys pass. He had a cultivator on the back and evidently was doing some work in one of the food plots. We quickly came to another crossing, this one was just gravel. David said that he sunk quite a bit here, and that one needs to be careful on this, the last of the crossings.  We had almost reached the turn around area at the end of the road when we spotted something strange on the other side of the creek. We could not quite make it out, but it looked like a stack of rocks. David got out his telephoto lens and captured it. A freestanding rock sculpture/pillar. What was really weird was how far out in the middle of nowhere we were. It was a great way to finish up our day out.
​
Enjoying the outdoors in the Ozark Mountains of Northwest Arkansas can be loads of fun. Just grab your family, some friend, or both and take a ride up to the Mincy-Drury Conservation Area. It is a beautiful resource and a great place to spend a little fall hiking time.

Back To Hikes & Photos