The Shiloh Museum Of The Ozarks 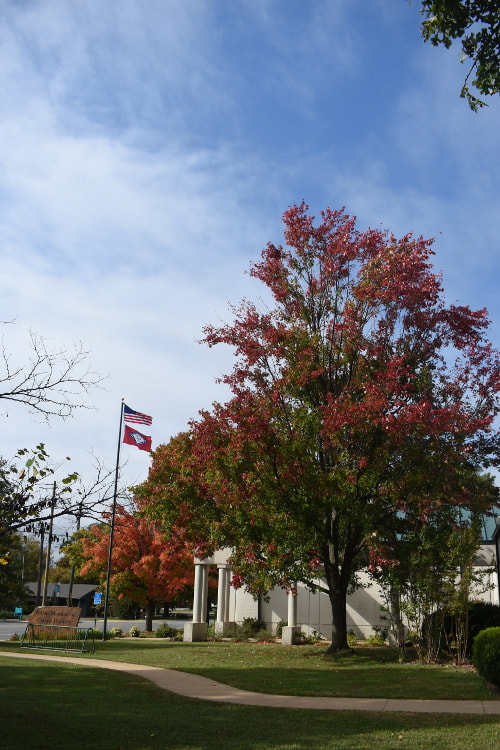 A Museum Dedicated To The Average Man

Back in 2015 I was given an almost complete set of the original Ozark Society Bulletins. The man who gave them to me did not want them to just get thrown in the garbage when he passed away. As I get older (now 71) I found myself in the same position and started looking for an institution to donate them to. A friend of mine suggested the Shiloh Museum Of The Ozarks, in Springdale. I checked out their website then sent them an email asking if they would like my copies. They told me they had some and with mine they would have a complete collection, so I agreed to donate my copies to them. On October 26, I drove over and at 11 am made my donation. I then decided to walk around their grounds and take some pictures. 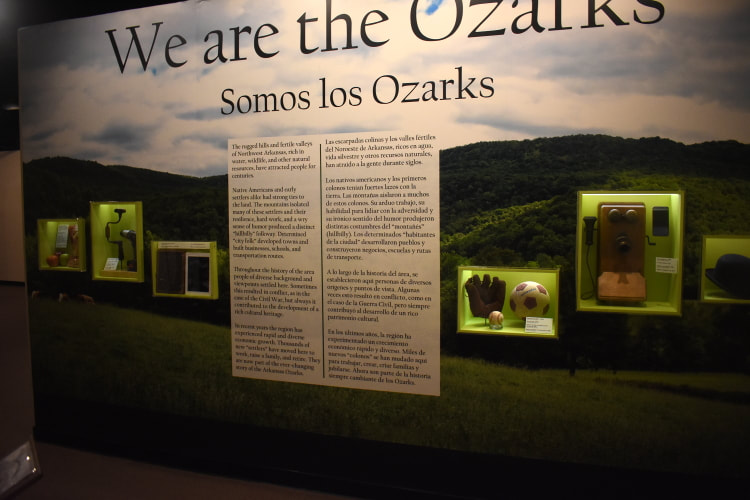 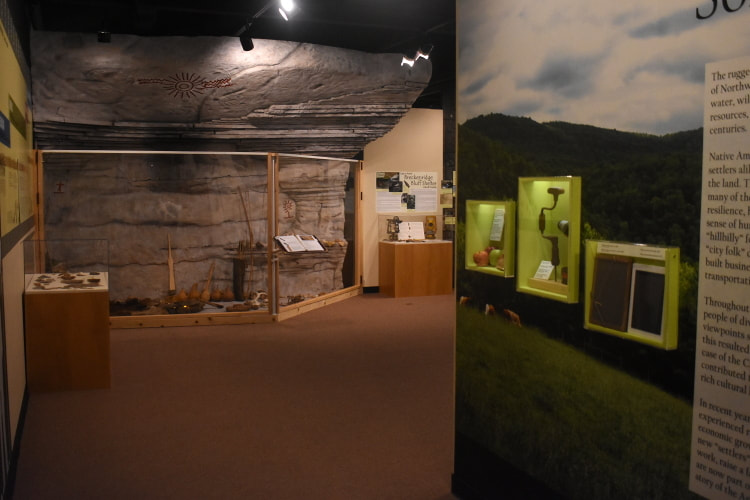 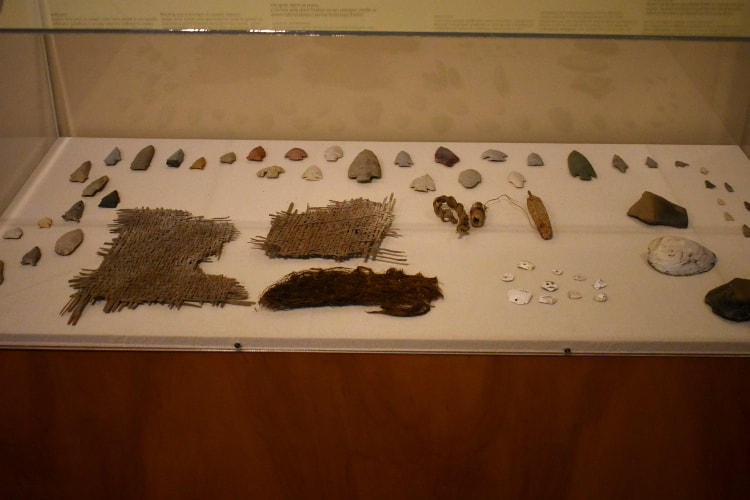 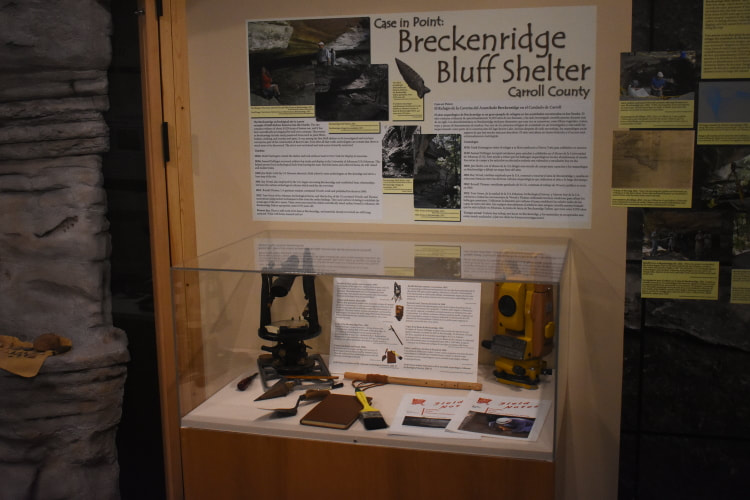 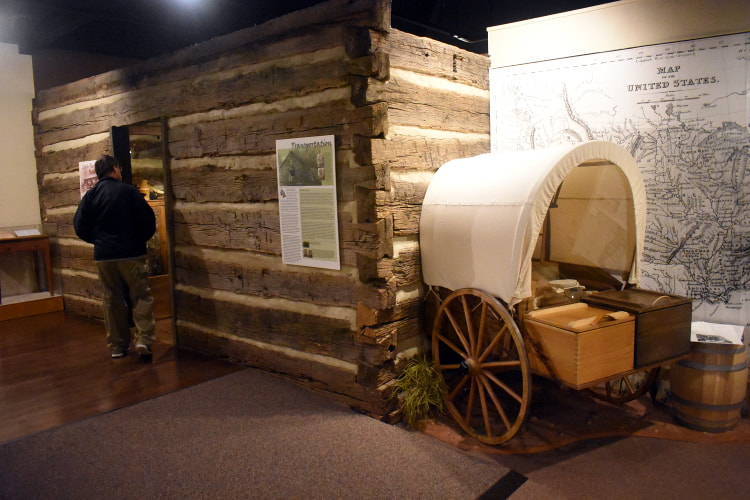 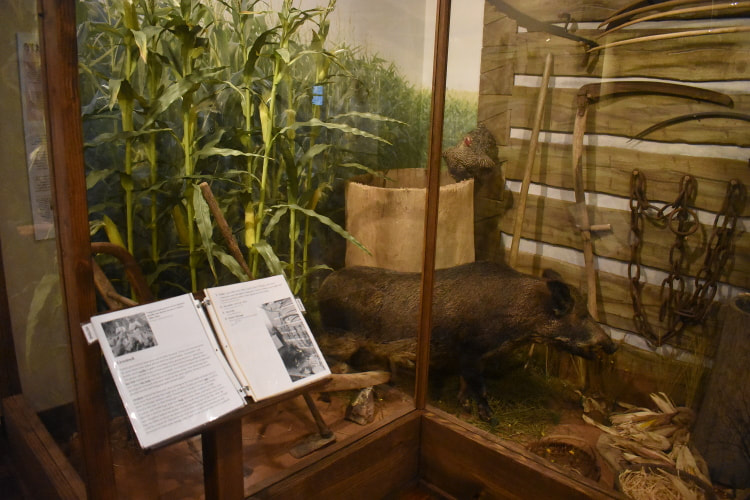 Farming & Hunting Fed the Family
The main exhibit area is laid out with the early natives first then winding its way through the different time periods  until you reach the present day. As I made the journey I let my imagination run a bit, trying to feel what it must have been like to make your way through unexplored forests and river valleys, with maybe a horse and a wagon. All your  worldly possessions and family on a journey to make a new life. Constant danger from both native Americans, disease  and injury.  I didn't think much of my own chances in such situations. 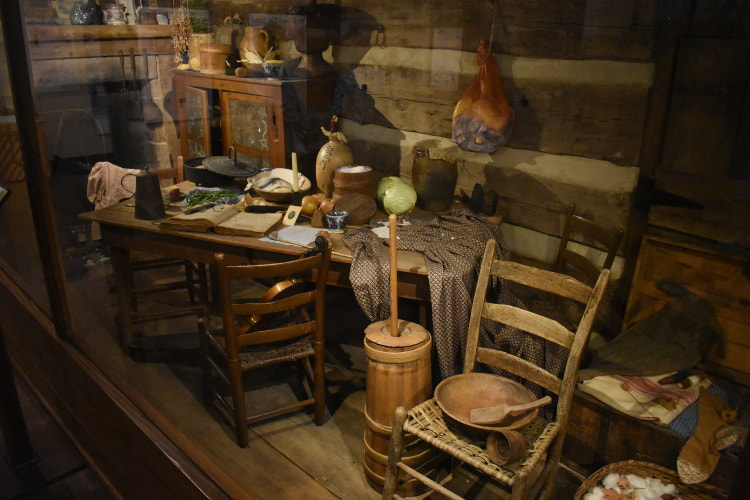 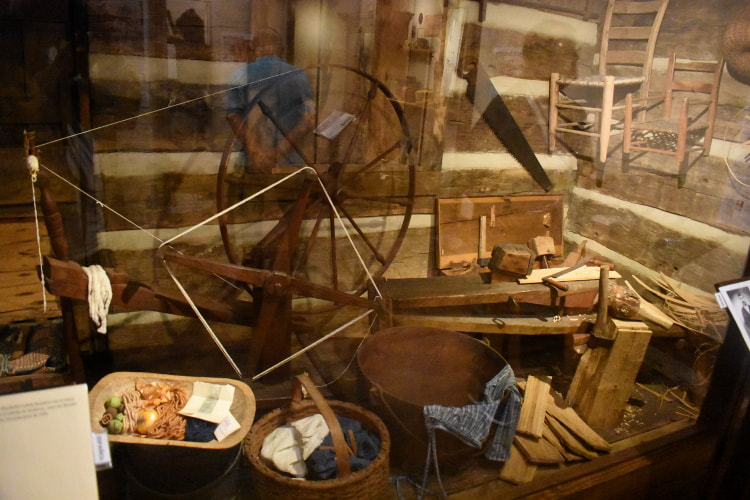 Early Settlers Had To Make It Themselves 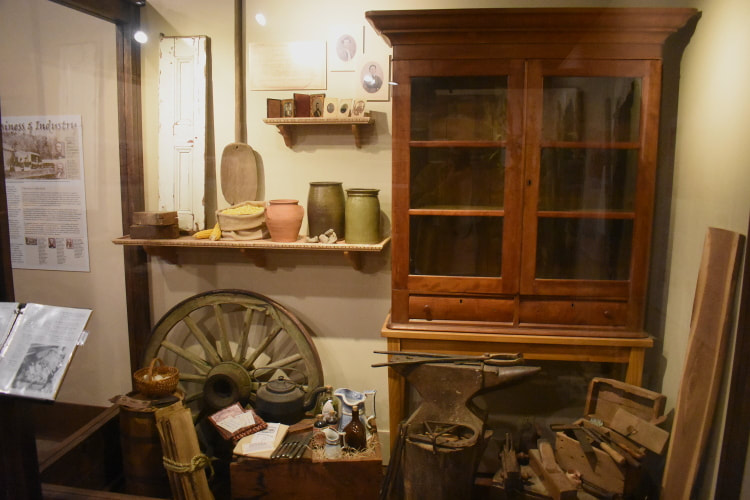 Natural Resources Made For Fine Craftsmanship 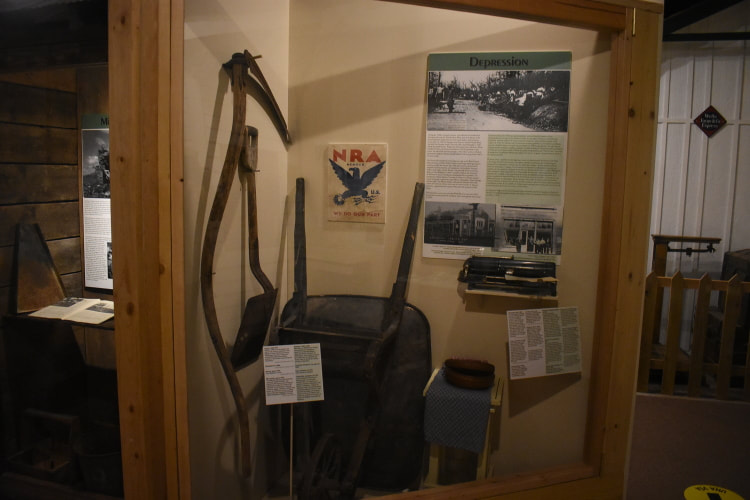 It Took Awhile To Get Rural Arkansas Industrialized 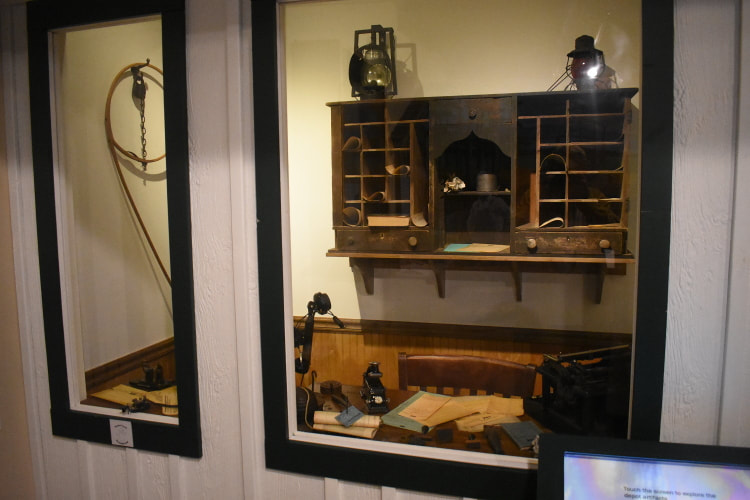 Early Communications, I Think This Was 1/4 G 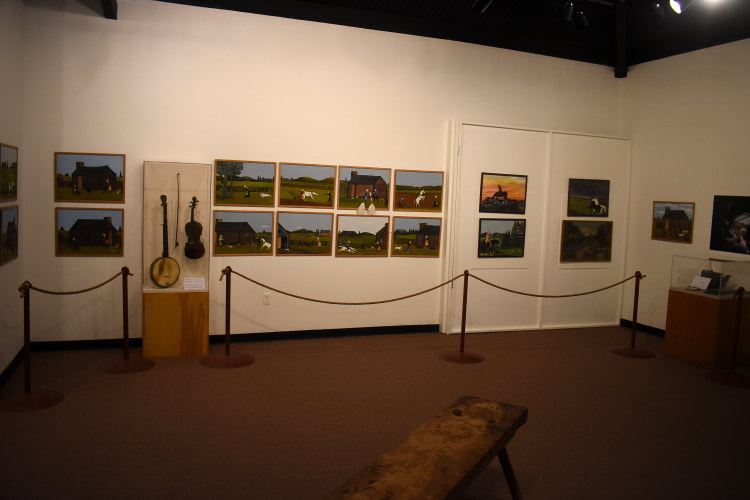 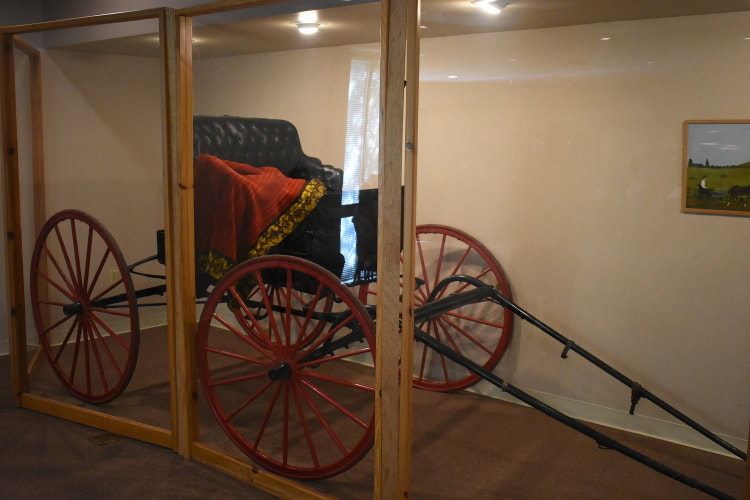 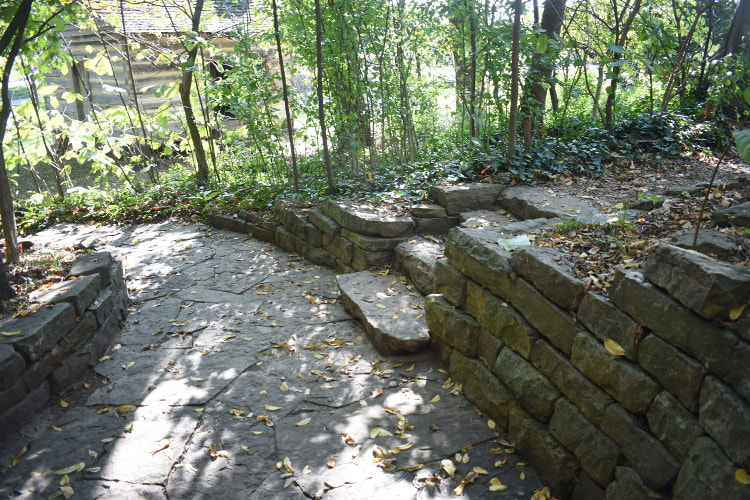 Stepping Outside To See The Other Buildings
The various exhibits were quite informative, not only visually, but each had additional information in the form of text or video. I was particularly drawn to the log cabin dioramas. The quality of the construction and joints always amazes me.  Moving on into the current century were an early telegraph office, a display about the area's contribution to WWI. There was also quite a collection of celebrated folk artist Essie Ward's painting. A few more areas, including a quite fancy horse drawn carriage and a collection of period dresses rounded out my walk. Outside I could see a stone walkway beckoning me. 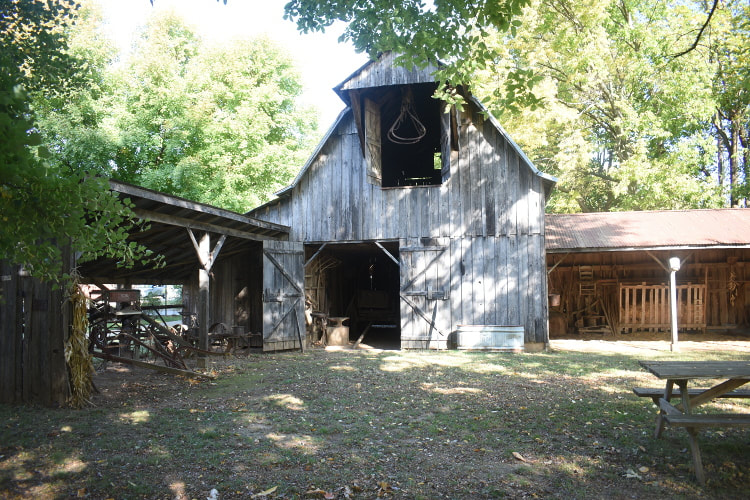 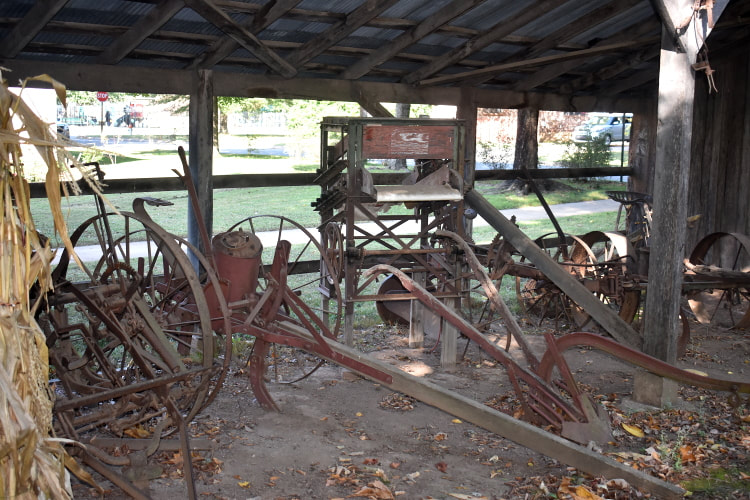 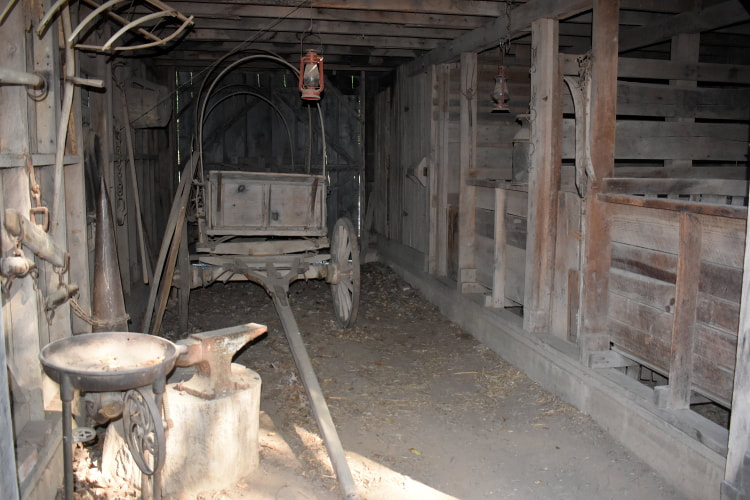 Old Wagon Stored Out Of The Weather 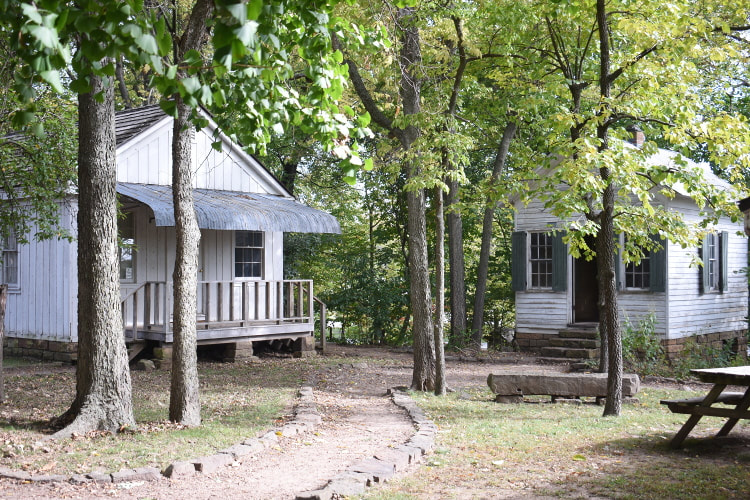 Two Of The Six Outside Building Exhibits 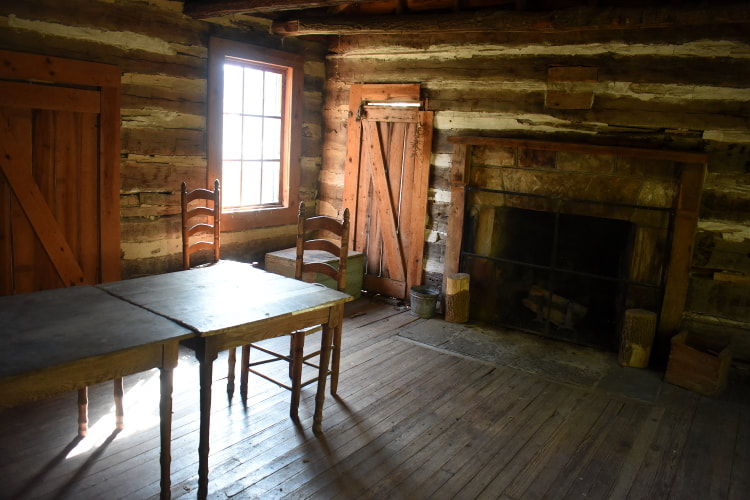 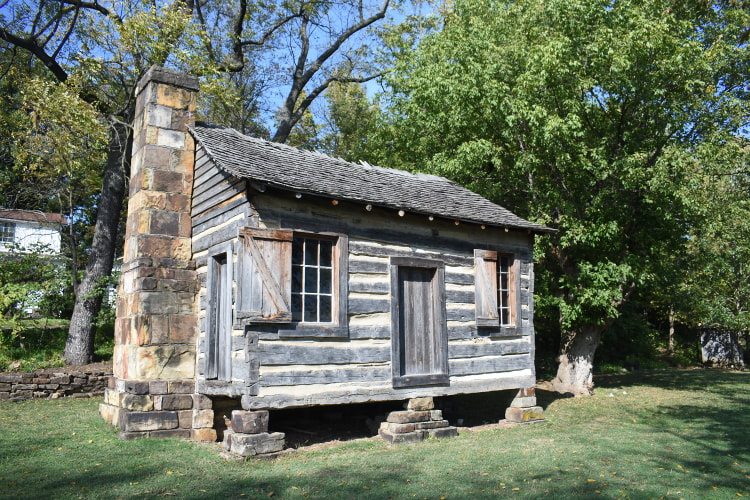 Very Early Log Cabin, Nicely Looked After
Outside I came across an old 1930's barn, which stores the museum's antique farm machinery, and inside an old wagon. Several sheds are also there. Pretty cool stuff for the imagination. An 1870's doctor's office and a 1870 general store stand just across the way. A 1870's home remodeled in the 1930's stands back from there. Down below, an old outhouse and 1870's log cabin are open for inspection. In 2005, the New Era Lodge #36 of the Independent Order of Odd Fellows donated their meeting hall, originally the historic Shiloh Primitive Baptist Church, to the museum. I did not visit that building, but took some time to sit in the outside area and just admire this museum.

One of the things that really impressed me with this regional museum is that there was not tribute to some overpaid athlete's tennis shoes, Elvis didn't have a jump suit on display. There was no accolades for a sleazy politician who managed to do something good while stealing our money. It is a tribute to the average man. The man who came to the Ozarks to make a better life for himself and his family, and with dedication and hard work built a culture which endures today.
The Ozark Mountains Of Northwest Arkansas offers enough variety of activities to satisfy anyone.  From floating the Buffalo to hiking the park and national forests, our outdoor activities will keep the day visitor and the vacationer well occupied. Hunting and fishing opportunities are abundant as is just watching wildlife, like elk, stroll by. There are quite a few museums like the one above sprinkled about the area. The Saunders Museum in Berryville, which features a spectacular gun collection, comes to mind. If you get the chance check them out. Our fall colors are just about to peak here for the year, I hope you can come and visit. You won't be disappointed.
Back To Hikes & Photos