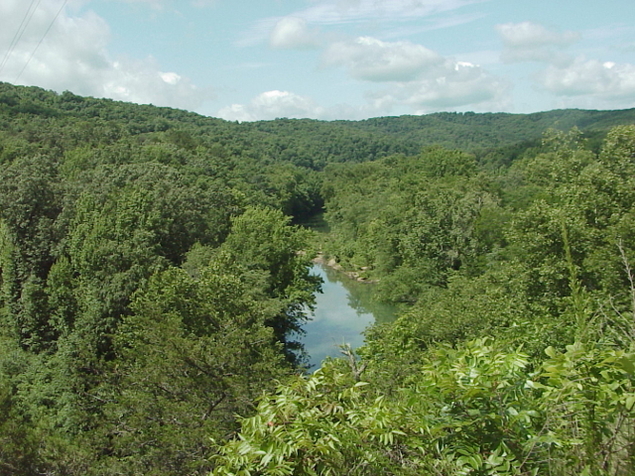 ​​Another few weeks have passed here in Northwest Arkansas and summer has a firm grip on the area. Daytime temperatures have been in the mid-nineties, heat indexes near 105 and the humidity high. The hiking season is over except on very well maintained trails as the tics and chiggers are out in force. This is the season for going to the lakes or the rivers for boating, fishing and swimming. 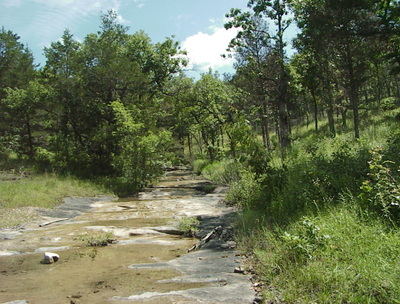 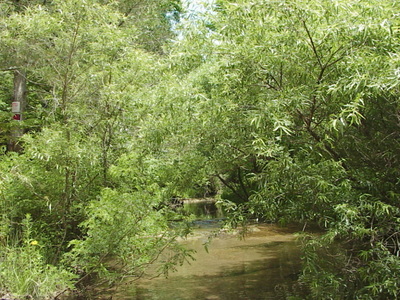 Water Still Flowing
I decided to head down to Cove Spring early one afternoon after I had finished mowing my lawn. I drove down along the North river road as I had heard that the gate to the hay field swimming hole was open and I had not been there for several years. Some of the little creeks had water in them and some did not. 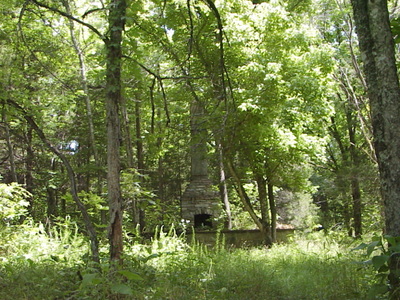 All That's Left Of Old Homestead - The Chimney 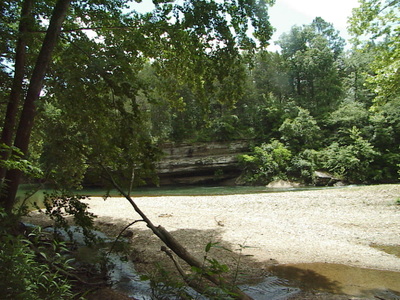 The Hayfield Swimming Hole
​​My drive along this dirt road is never tiring and I have done it many times and written about it here several times. It's beautiful views and familiar landmarks trigger many fond memories of exploring and enjoying this area with friends and family. The gate to the hay field swimming hole was indeed open and I made my way down to the spot where we used to access this excellent spot on the river.  To my suprise quite a bit of the bank and field had been washed away, and the swimming hole looked like it had been filled in a bit by the ever changing river. I decided not to make the climb down and headed down the road to Cove Spring. 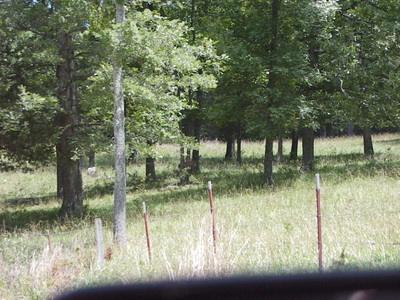 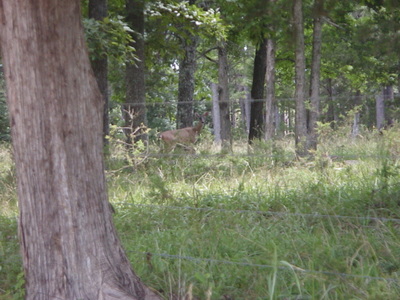 Me Watching The Deer
​Along the way I caught sight of a deer standing in the trees watching me. I quietly got out my camera and was able to get a few shots of her before she decided to mosey on down the road. You can often see game in the woods if you take the time to drive slowly and look. Most folks look but don't see!

​The drive down to the swimming hole had also changed and the road has washed out quite a bit. I think it would be wise to be very careful if your driving a car. I barely cleared the rocks in my Jeep. This is a really special place and I come here often in the summer for a cool down. It has changed an awful lot over the years. 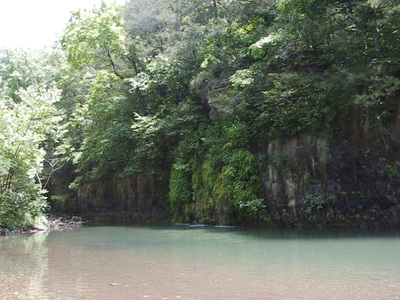 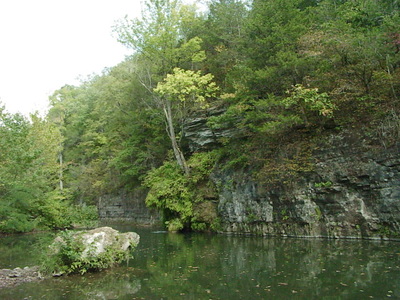 Cove Spring - Fall 2004
​​​The first thing you notice is that the waterfall is gone. The large rock protruding from the face of the bluff is gone and the water now comes straight down the face. We used to float watermelons under that waterfall to keep them cool all afternoon. The second thing you notice is that the big jumping off rock on the beach is also gone. The amount of water that must have gone through here to rip that rock off the face and move the  other one downstream is just mind boggling. We used to joke about that rock coming loose from the bluff but I never thought it would be in my lifetime. I have put up a few pictures of this area from 2004 to compare with what I saw the other day. 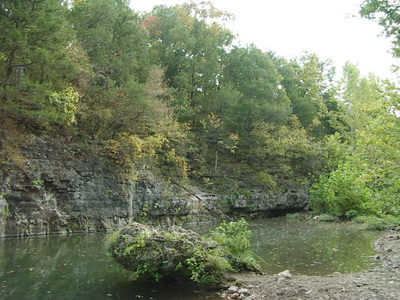 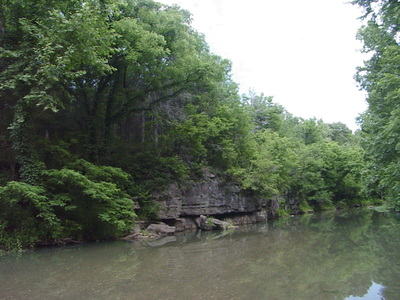 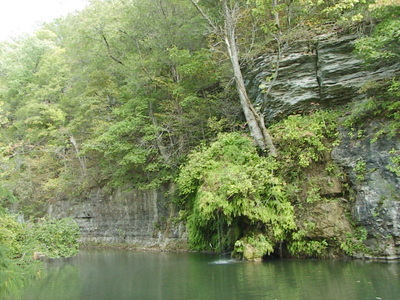 Waterfall Is Gone But Still A Lot Of Fun!
I had the place to myself for awhile. I just sat and enjoyed the sound of the water and the sunshine. It was a beautiful day. Some time later I was joined by a couple mothers and their kids, taking a break from the heat of the day. I knew them so it was a pleasant time for us all. The kids sure had a great time! After I had cooled down I headed back home. There are many great spots to swim along the Buffalo River. Just a few are Steel Creek, the new Erbie Campground, Ozark campground, Pruitt, Hasty, Carver and more downriver. Take the family for a swim, visit the Buffalo National River!
Back To Hikes