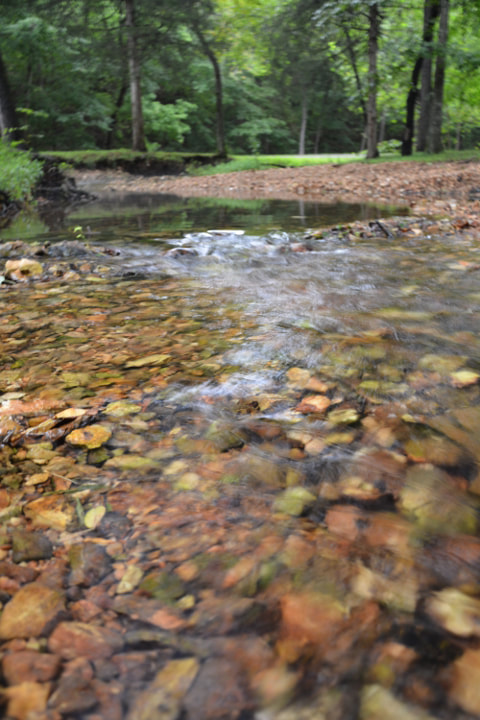 August 17th started out as a overcast day, with rain in the forecast. David and I had made plans to meet and then take a drive over to the Huntsville area to follow War Eagle Creek and visit Withrow Springs State Park. We touched base via the phone and decided to go ahead and make the trip despite the forecast. I am so glad we did because we were treated to an Arkansas treasure that few get to see.

We drove over to the Huntsville area then north, stopping to take a look at the old War Eagle Creek bridge.  No longer used but still serviceable we drove over and parked. War Eagle creek was running very nice, and the wildflowers were in bloom. We then drove over to Withrow Springs State Park. This is a small park but boasts tons of great features. The main one of course is Withrow Spring. The constant 54 degree water flows from a cave at the foot of a bluff and then flows out for a short bit, then disappears underground. 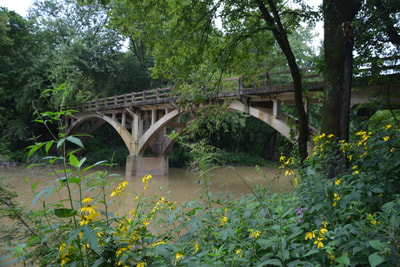 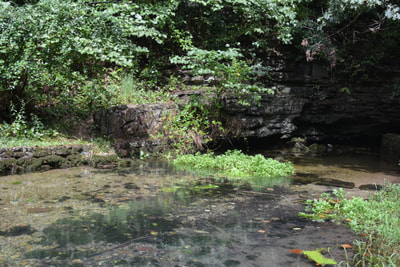 Spring Flows From Underneath Bluff 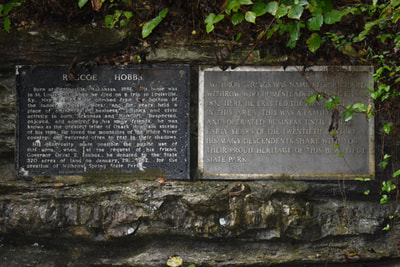 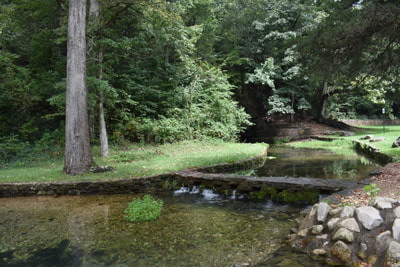 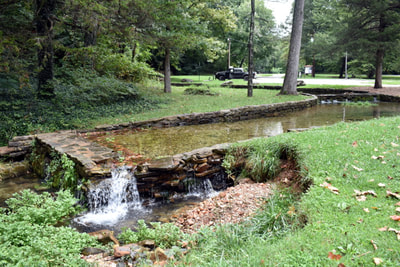 Spills Into Pond In The Park 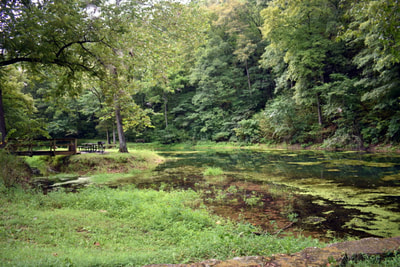 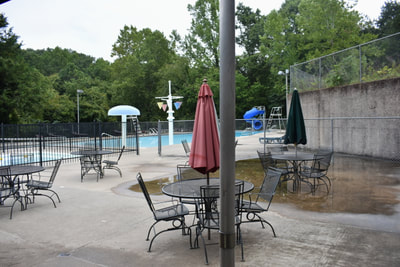 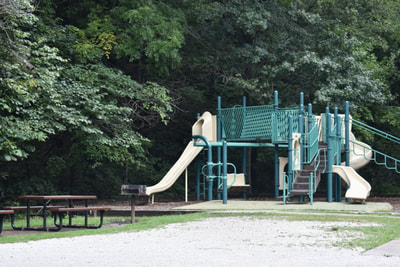 Playground Area To Tire Out The Kids
​We were driving through Huntsville on our way home when my friend asked me if I had ever been to see the old Governor Faubus home? He said he had been to a wedding reception there maybe 25 years ago when it was a bed and breakfast. He said if it was still a B&B they might let us take a look. Unfortunately he could not remember exactly where it was, just that was on top of a hill. So we started searching for it, taking roads that lead up. We were unsuccessful until we spotted a wide driveway. We turned up and at the top my friend exclaimed "That's it!"

It was obviously not a B&B anymore but a private residence. We were turning around when a lady came out, smiled and waved. Totally embarrassed we stopped and apologized for disturbing her. She said she and another were the caretakers/gardeners and the actual owner was not in residence at the moment. I could could not help but admire the wonderful, manicured gardens that seemed to go on forever. I impulsively asked if it would be ok if we just walked in the garden and took a few pictures? They said it would be fine. 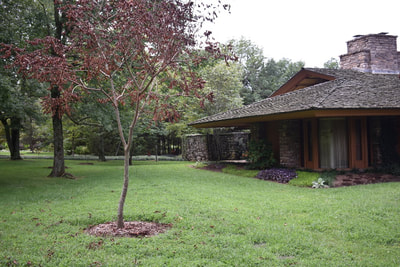 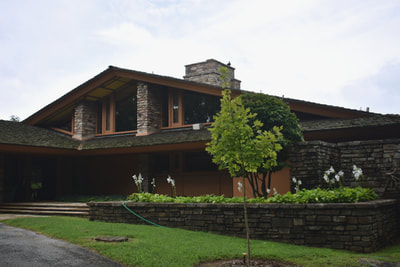 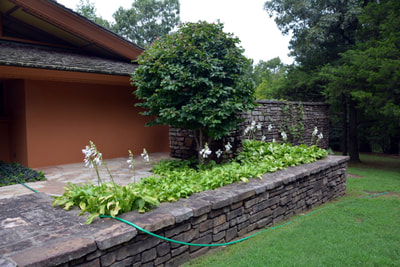 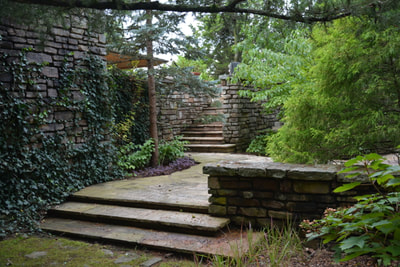 Spectacular Workmanship On Display Everywhere
The very first thing I noticed was the house. It was surely a Fay Jones design. Because it was a private residence I deliberately tried not to photograph the house in detail, but capture the landscaping immediately surrounding it. The home has been lovingly restored to it's original condition and the garden area has been added. As the two ladies sat down to their lunch we walked into the garden. Our pictures are but a pale glimpse of these gardens and do not do it justice by a long shot! 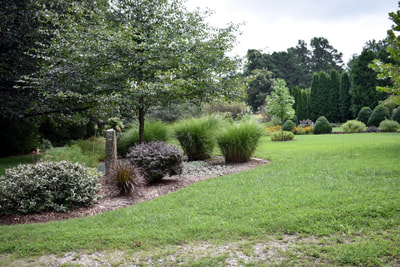 Heading Into The Garden 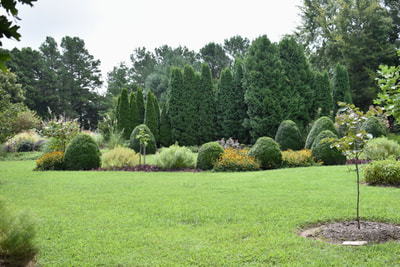 Every Shade Of Green And Lots Of Color 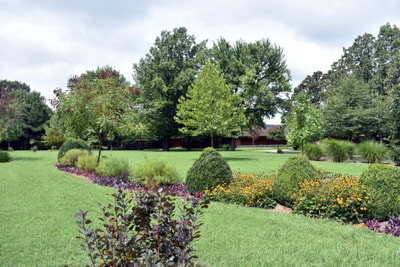 Looking Back Towards The House 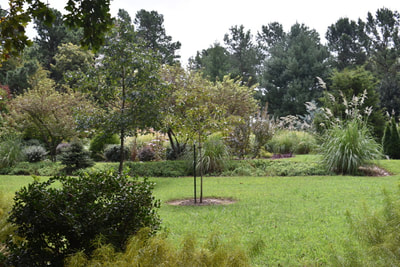 A Stunning Display Of Color And Texture
It was not so much a walk as being led around, the wide paths and skillful design pulling you along the well tended beds. Everything was heavily mulched and nary a weed to be seen! The wide variety of color and texture on display was quite stunning. An enormous amount of work goes into these gardens every day! 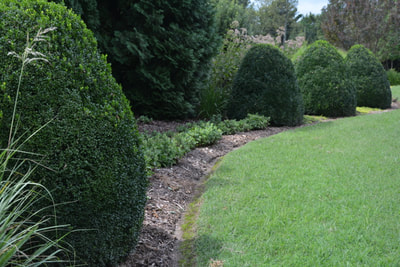 The Thoughtful Design Pulls You Along 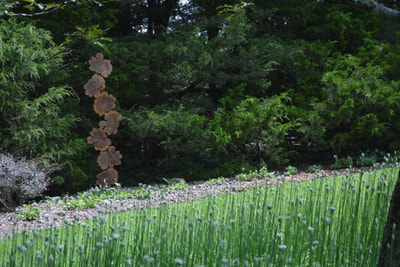 Sculptures Are On Display Throughout The Garden 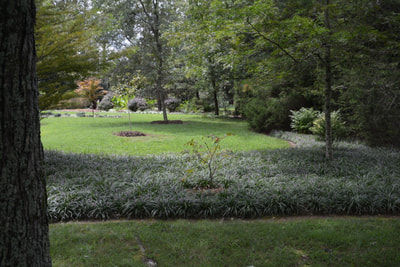 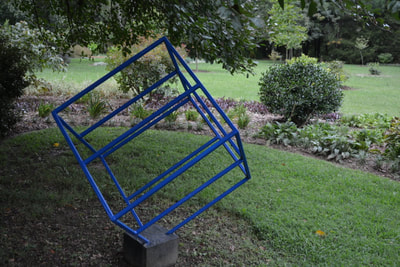 Wrought Iron Sculpture
The sun finally made it through the clouds and illuminated the artistry of the gardeners and the vision of the owner. We spent well over an hour touring the grounds, marveling at the sheer size of the garden and the different sculptures (all of which the ladies later told us they had made.)  We thanked them for their kindness in allowing us the chance to view something few others get to see. Thank you!

The Ozark Mountains of Northwest Arkansas are truly amazing. Around every bend, every turn along the paved and dirt roads you will find something different  .Whether it be a state park or a small creek with a low water bridge there is something for the whole family to explore. We can testify to the wonders you will find if you come for a visit!
Back To Hikes & Photos