In Search Of Sunshine 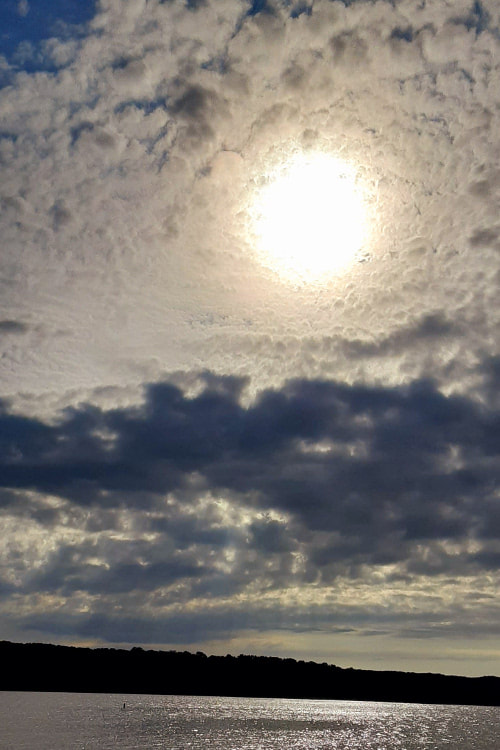 Well, it has been a couple months since my last update. Outdoors, masks are not required but is it is hard to find places that are not overrun with folks not practicing social distancing. The Buffalo River Park has been inundated with irresponsible visitors from out of our area. Maybe now that school has started they will not be so prevalent.

I had been getting pretty antsy at not being able to get out, so one day three or four weeks ago when the sun was supposed to shine, I decided to take a drive down to Everton and Marshall Creek. It is a nice drive from  my house and I took the back way there. Plenty of flowers were blooming, and the hay fields had been cut. I love the smell of fresh cut hay! I stopped in the small town of Everton, where my late friend David used to live. It is a quiet place with very nice residents. I turned down one of the dirt roads and went off into the countryside. At times the road followed the creek and other times it meandered away. The sun came out for a little while, then hid again. 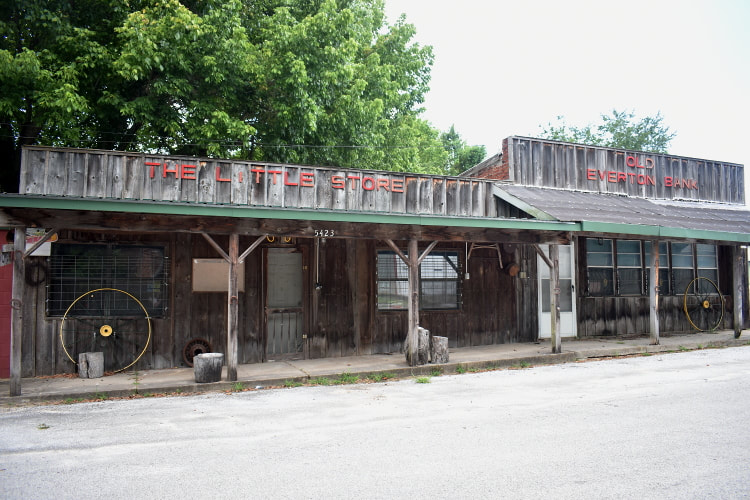 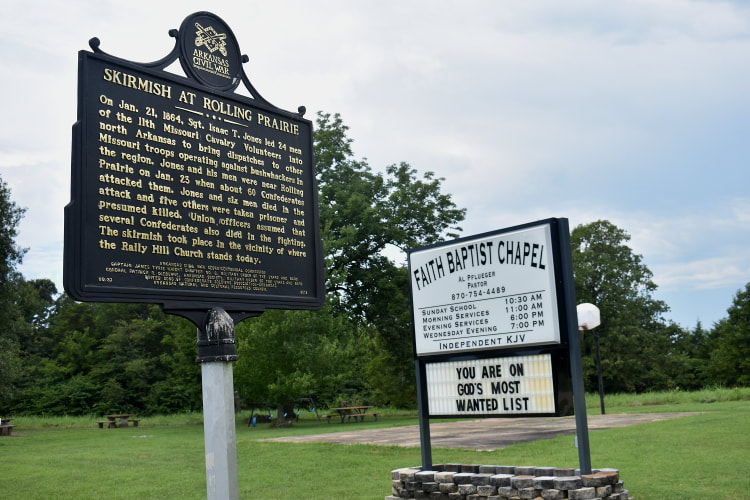 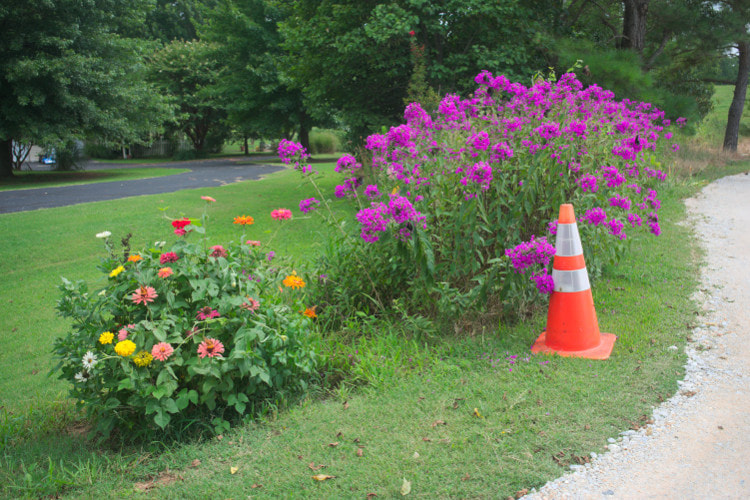 Caution Don't Run Over The Flowers 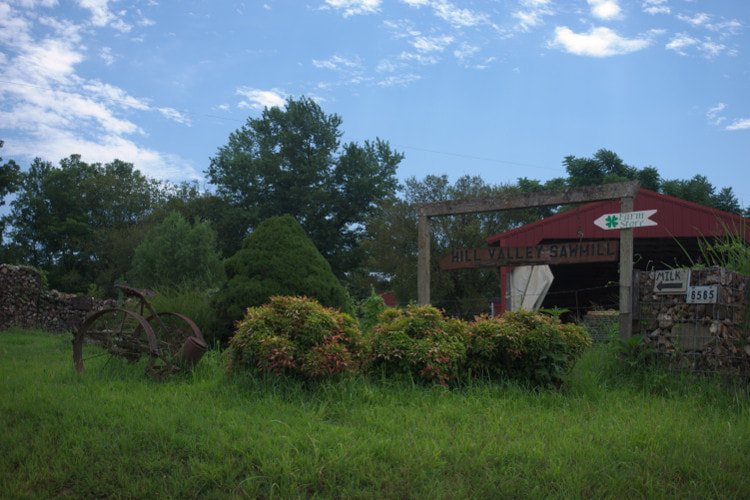 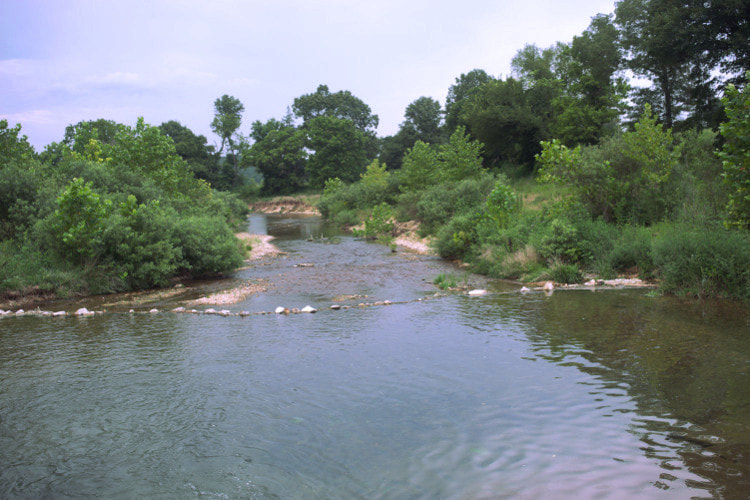 The Creek Was Low But Still Beautiful 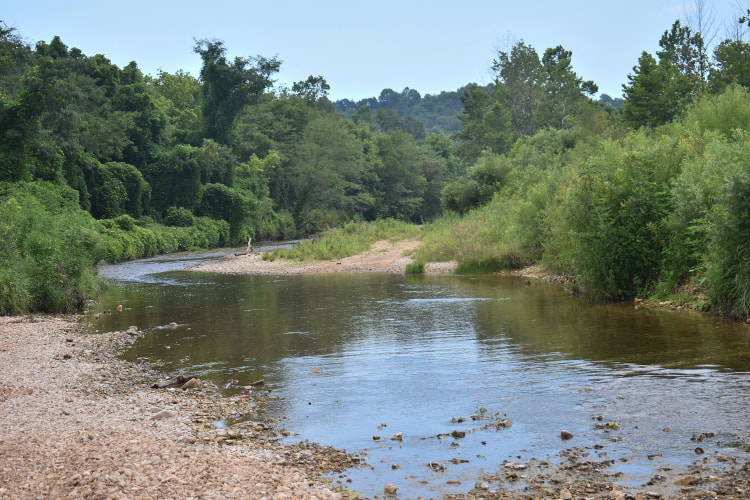 Meandering Creek Is A Good Place To Cool Feet 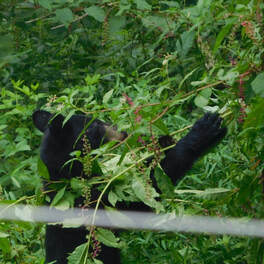 The creek was pretty low, considering we had had no real rain for quite a few weeks. Even so, it was still beautiful to me. I stopped at one point and put my feet in the water, just to rest and feel a bit young again. It was not as cold and I would have expected, but that was probably due to the sun heating the shallow creek. After wandering around I decided to turn back and head on home. On the way back I came across a local farm store and stopped to pick up a dozen fresh, farm eggs. Boy were they good! I got home with a few pictures, but not enough for an update. I picked a few tomatoes from my garden and had a big BLT with a garlic dill pickle for supper.

A friend of mine who lives near Deer, surrounded by national forest, sent me this bear picture and the text, "We had a bear come to lunch today, right at noon. We were sitting at the kitchen table and looked out the window, Mr. Bear was eating lunch too. Right off the deck and down the slope, in a patch of polk berries." Pretty cool stuff! 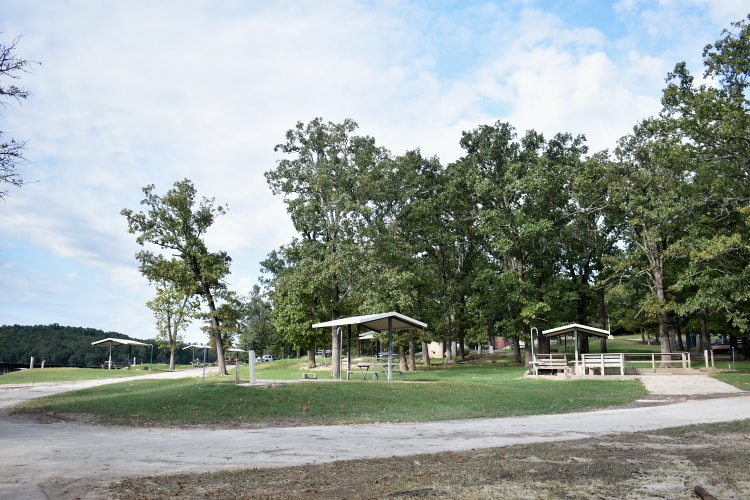 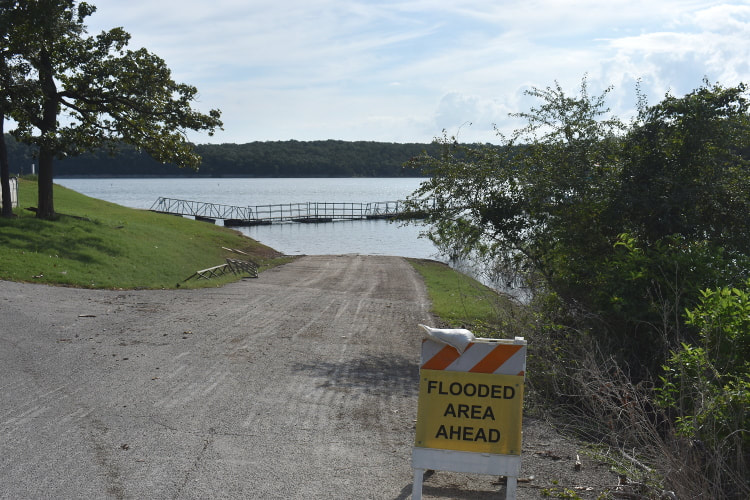 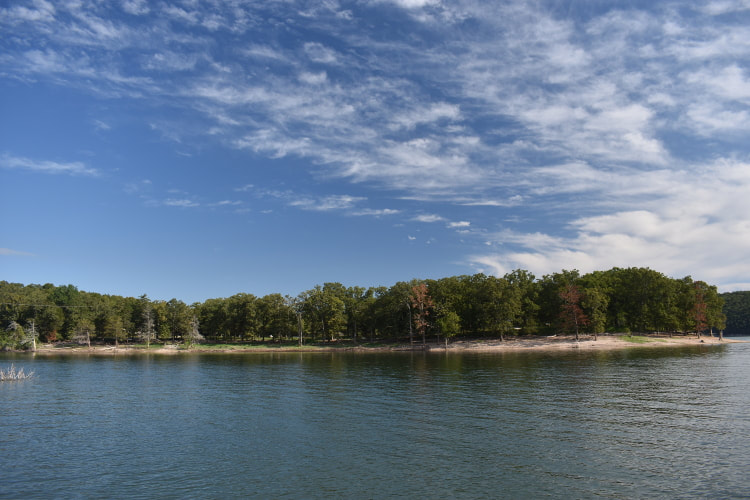 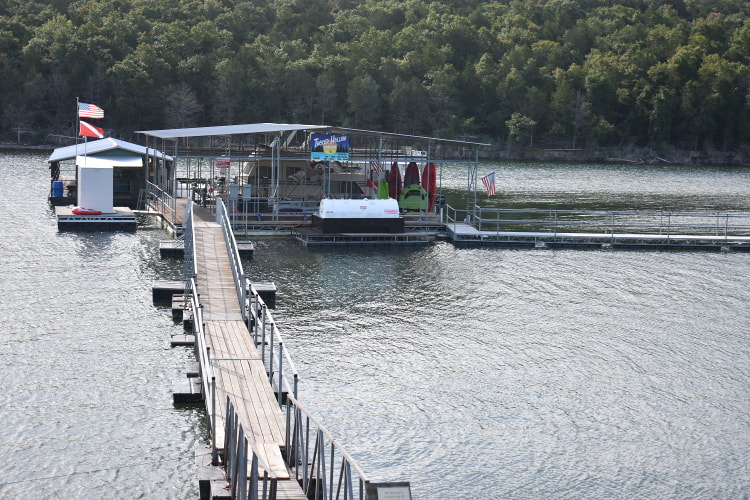 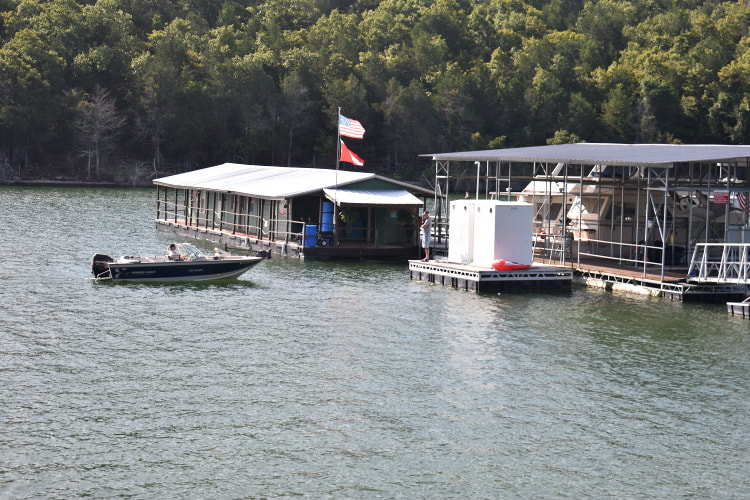 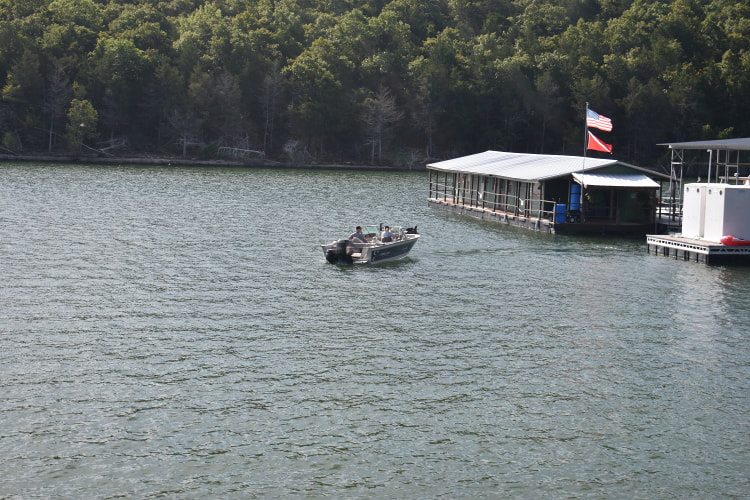 Off They Go For A Day Of Fishing 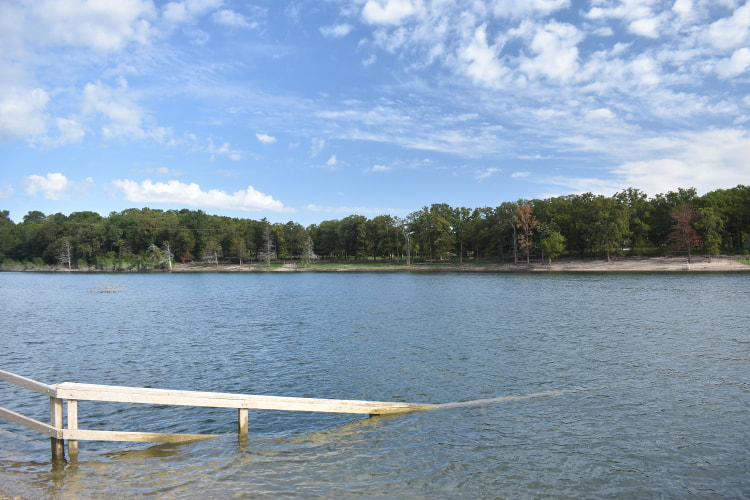 Some Idea Of How Much Water Was There 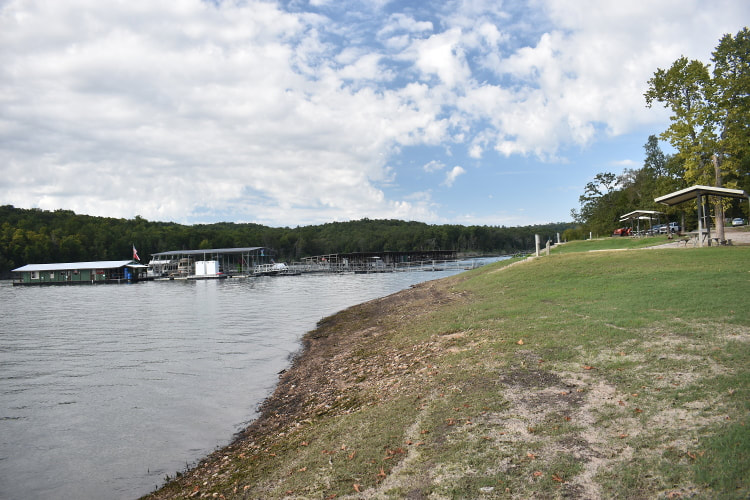 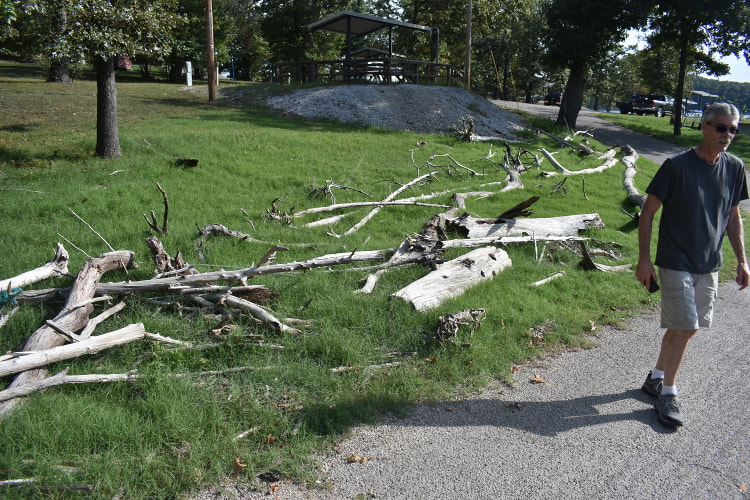 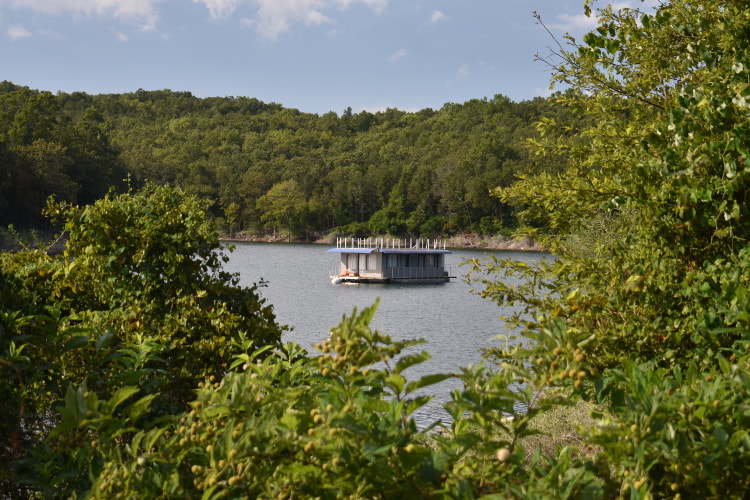 Houseboat Or Pumping Station?
Several boats launched and also one came back in. We followed one as it launched, then motored over to the marina to pick up the man who had parked the trailer after getting the boat in. They had quite a bit of fishing equipment and we figured they were out for a few hours of sun and fun. I was most puzzled by what I had thought was a house boat on my last visit. I was sure it had not moved at all, and I thought if it might actually a pumping station, providing water to the campground and surrounding community. One the way home we detoured to try and reach the lake by an old road, but it was blocked by trees and limbs. Along the way we saw five deer.

The Ozark Mountains provide a wide variety of places that you can take yourself, family and friends to enjoy nature. This covid thing has made it more difficult to do it safely, but it can be done. If you get cabin fever, take a drive in the Ozarks, head down a dirt road or visit one of the wilderness areas or national forests. Having a wilderness experience in a semi-private setting is not my idea of fun, but there are places where you can get away from everyone and enjoy nature as it should be.
Back To Hikes & Photos